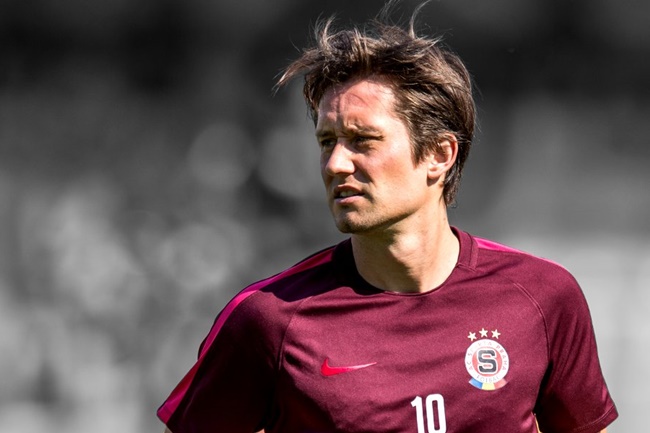 In news that shouldn’t come as much of a shock, Sparta Prague have gone ahead and sidelined Tomas Rosicky out for the rest of the season.

In a statement issued on their club website, Sparta confirmed that Rosicky’s ongoing Achilles tendon issue isn’t showing any signs of improvement and have therefore ruled the 36-year-old midfielder out indefinitely after he elected to undergo further surgery.

The man himself had this to say on the matter:

My injuries are not improving. After having problems in Autumn, things initially advanced and everything was fine.

In the rehab period, everything looked good, but unfortunately I’m back [in the medical room].

It’s like in life – as long as there is hope, a man must fight for it. I’ll just have one more try.

From my childhood, I grew up here and Sparta taught me to never give up.

After a succession of injuries restricted him to making just under 150 appearances in 10 years at Arsenal, Rosicky rejoined Sparta last August.

He’s managed a grand total of 19 minutes of first-team action since – and that was a single cameo outing in a 2-2 draw against Mlada Boleslav in mid-September.

While it’s admirable that he’s refusing to go gently, it looks like retirement is more of a inevitability than ever.