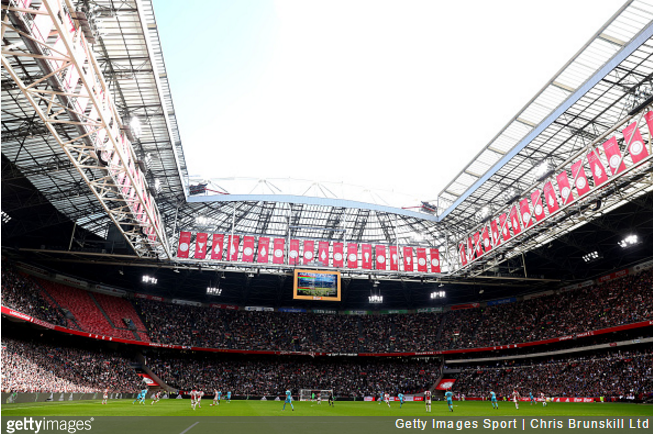 Ajax have announced that plans are afoot to rename their stadium in honour of the great Johan Cruyff, who sadly passed away last year.

Cruyff spent 11 years at Ajax in two spells as a player and returned as a coach for three years in the mid-1980s, winning more than 20 trophies overall.

And so, on what would have been their eternal talisman’s 70th birthday, Ajax declared that after positive consultations with the relevant authorities, an “agreement of intent” is now in place to rename the Amsterdam Arena.

We’re very happy with this tribute to my father. Thanks to all those who made it possible, particularly Mayor Van der Laan. #CruyffLegacy pic.twitter.com/QI4z1WFvya

With the name change, the three parties want the best footballer of Amsterdam and the Netherlands to be given a worthy tribute.

Within six months, an agreed final contract is to be submitted to the council, the management and supervisory boards of the Stadium and Ajax Amsterdam.

The Dutch club also confirmed that, as well as the stadium re-titling, the Mayor has also decided to rename a “street, square, bridge or otherwise” in Amsterdam in honour of their most famous footballing son.

We’d be interested to hear from anybody who doesn’t think Jopie deserves this kind of hometown reverence.