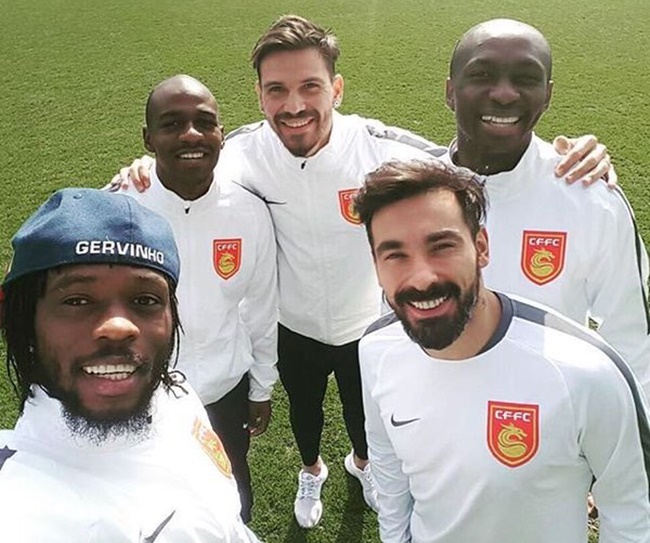 No wonder he’s grinning from oreja to oreja, for it’s been revealed that Ezequiel Lavezzi is the highest paid footballer in world football.

According to the latest wave of football leaks from… err, Football Leaks, Lavezzi is currently raking in £798,000 every sodding week while playing for the aptly named Hebei China Fortune.

That eclipses the £634,000-a-week that Carlos Tevez is making at Shanghai Shenhua, let alone Cristiano Ronaldo’s weekly wage of £424,615 and the £362,480 that Lionel Messi takes from the Barcelona coffers every seven days.

Indeed, so far Lavezzi has scored just twice in 16 appearances for the Chinese Super League side, though he has pitched in with nine assists – so at least Hebei are getting their money’s worth.

Yep. That’s on official promotional portrait, as bought and paid for by the Chinese Super League themselves.