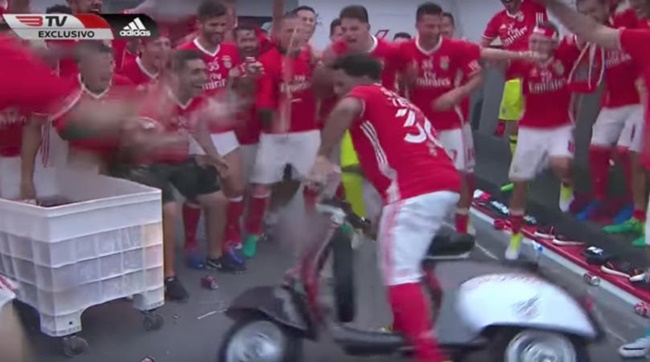 After Benfica had secured their 36th Portuguese Primeira Liga title over the weekend, full-back Eliseu celebrated in time-honoured fashion – by zooming all around the Estadio da Luz on his Vespa.

He then steered his moped into the dressing room, where he proceeded to perform a succession of victory doughnuts in front of his teammates.

Indeed, so iconic and integral was Eliseu’s vehicular interlude in Benfica’s title revelry that the club have gone and inducted it into their Cosme Damião museum.

Covered in ticker tape and signed by the entire championship-winning squad, the Victory Vespa is on show to the public as of now… 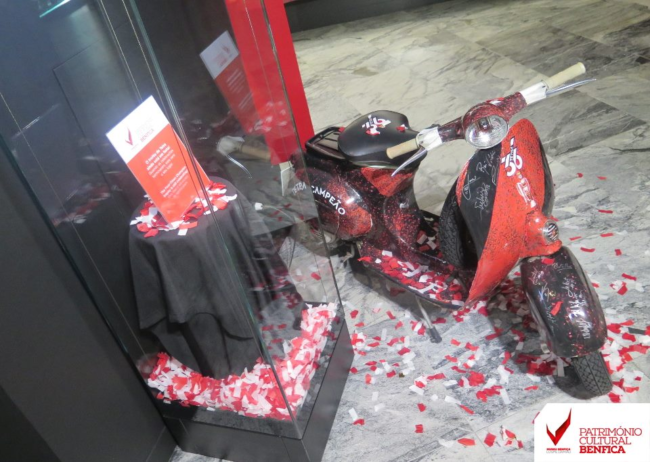