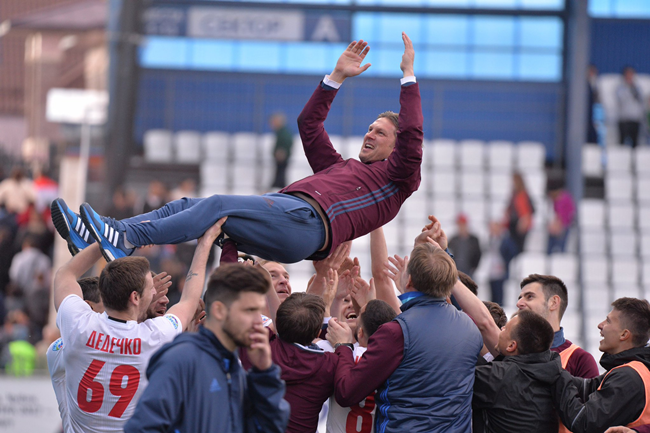 SKA Khabarovsk have added some serious mileage to next season’s Russian Premier League (RPL) itinerary after securing their promotion to the top flight on Sunday.

Despite a grand total of zero goals being scored over 210 minutes of their two-legged play-off against Orenburg, SKA won the ensuing penalty shootout 5-3 to secure themselves a spot at the big table for the first time in their history.

This no doubt came as welcome news to the majority of the rest of the top tier, with SKA hailing from the far east of the Russia, some 5,150 miles from Moscow and almost 4,000 miles from St Petersburg as the crow flies.

SKA Khabarovsk are promoted to the Russian Premier League.
They are in the Far East, 8300km from Moscow – 8 hours by plane, 107 hours by car pic.twitter.com/Hb9QDKYpQu

Indeed, Khabarovsk is only about 15 miles from the Chinese border, meaning that the majority of the teams in the RPL will be facing 19-hour return flights to play SKA at their Lenin Stadium home ground – though SKA will presumably having to make the same journey every other week!

And to think you complained about getting in and out of London on a Sunday.