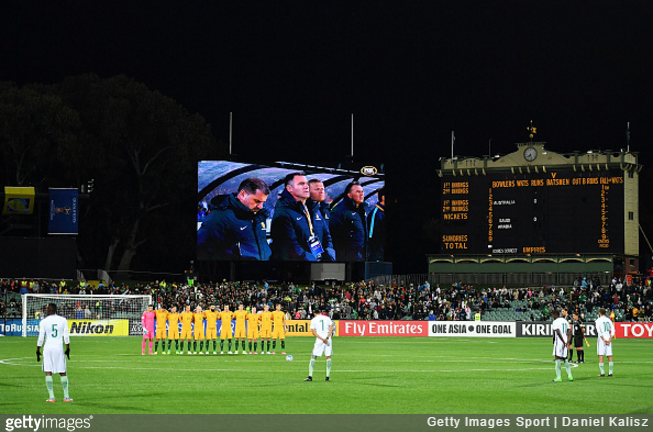 The Saudi Arabian football federation have apologised after their players elected not to observe a minute’s silence for the victims of the London Bridge terror attack before their game against Australia on Tursday evening.

The two sides met in Adelaide to contest a World Cup qualifier, but only the Australian team lined up to pay tribute before kick-off as the Saudi players loosely took their positions while milling about on the pitch.

The Football Federation Australia (FFA) organised the minute’s silence before the match but were subsequently informed by their Saudi counterparts that their players would not be taking part, instead opting to “respect the FFA’s custom while taking their own positions on the field” as the tradition “was not in keeping with Saudi culture”.

The Saudi substitutes also failed to stand for silence, with the footage duly prompting mass derision on social media.

After taking a bit of a battering, the Saudi Football Federation issued a statement on Friday to “unreservedly apologise”:

The players did not intend any disrespect to the memories of the victims or to cause upset to their families, friends or any individual affected by the atrocity.

The Saudi Arabian Football Federation condemns all acts of terrorism and extremism and extends its sincerest condolences to the families of all the victims and to the government and people of the United Kingdom.

Without getting into the geopolitical intricacies of the matter, was it too much to ask to stand still for 60 seconds? It would appear so.

Australia went on to win the match 3-2.