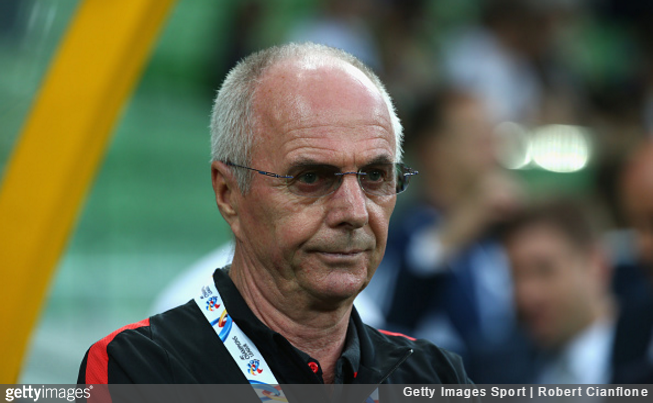 Sven-Goran Eriksson is once again out of a job after being sacked by Chinese second-tier side Shenzhen FC this week.

Shenzhen are currently fourth in China League One, with a run of five wins from 13 games costing Eriksson his job after just six months in charge.

The club are now preparing to re-hire one of their most beloved former coaches, Wang Baoshan, and took the unorthodox step of announcing their managerial chop-and-change in the form of a poem.

As published on Shenzhen’s official website (and translated by BBC Sport), the Ode to Wang reads thus:

Eleven years ago, you led Shenzhen football and never let us down.

Nine years ago, you took over responsibilities and saved Shenzhen football.

Memories of fighting together have never gone away, and now we recall the legend.

For Shenzhen, we are reunited, starting a new trip together.

Pies have also prepared a short verse specifically for the departing Swede, which Shenzhen may want to think about adding to their official statement.

And so, onto the next compensation package.