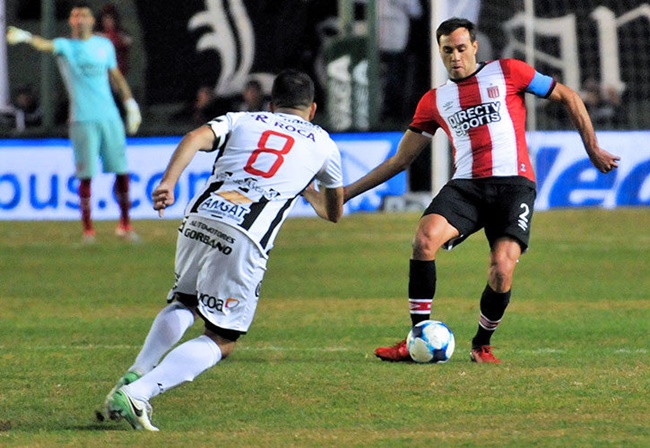 A defender for Argentinian lower league side Sport Pacifico, has courted controversy in his homeland by freely admitting to “playing dirty” during Sunday’s cup match against top-tier Estudiantes.

Speaking to a local radio station after the match, Federico Allende was unapologetic as he described repeatedly jabbing Estudiantes striker Juan Otero with a needle during the match in an attempt to unsettle the 22-year-old Colombian.

We knew that we had to play dirty against them and I kept piercing the Estudiantes strikers with a needle.

We know that top division players don’t like contact, they don’t like if we waste time or if we play dirty. So that was the way to do.

I completely nullified Otero. He must hate me.

Pacifico defied the odds to win 3-2 and knock Estudiantes out of the tournament – although it’s fair to say that Allende’s post-match revelations have somewhat taken the sheen off things.

Apparently Allende pricked Otero so many times that the forward complained to the referee during the match.

We are devastated. This incident has tarnished the team’s good work. I will expel him from the club.

Turns out there’s a fine line between possessing a strong will to win and being flat-out psychopathic.