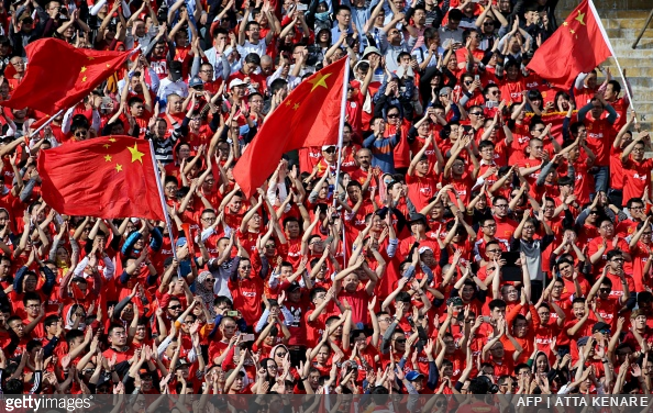 Plans are being hatched that will allow the China Under-20 national team to play in the fourth division of German football as of next season.

Yes, you did read that correctly.

According to Kicker, the Chinese youngster will be added to the Regionalliga Südwest for 2017/18 to round up the odd number of teams in the league.

Basically, the fact that only 19 teams took part in the league meant that every matchweek one club would be stuck without a fixture to play.

The Chinese Under-20s will pick up that slack next season, though they won’t officially be added to the league and their matches will only be counted as weekly friendlies – all being played at the home pitch of their German opponents.

Felix Wiedemann, managing director of the Regionalliga Südwest, had this to say on the matter:

All 19 clubs in the league have signalled their approval that the Chinese are playing.

I see the project in a very good way.

The deal suits all parties, as the German teams will receive €15,000 per friendly, while the Chinese Football Federation are hoping to strengthen their national team in time for the 2020 Summer Olympics in Tokyo, Japan.

The project is part of the collaboration, signed last November, between the German Football Association (DFB), the German Football League (DFL) and both the German and Chinese governments, which saw the two countries agree to cooperate on matters of a footballing nature for the next five years.