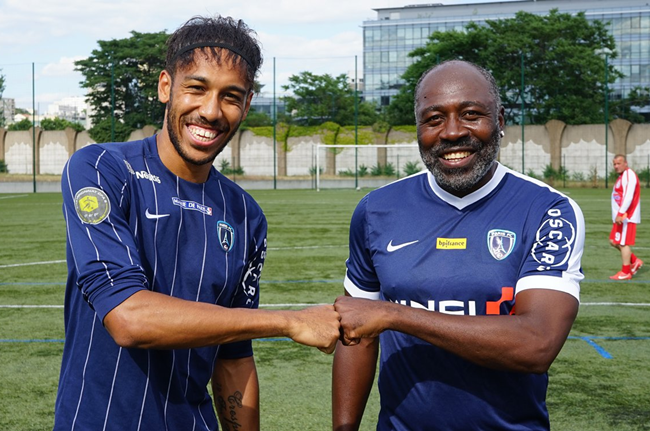 Pierre-Emerick Aubameyang was eyeballed in Paris over the weekend, though it transpired the Dortmund striker was only in town to take part in a friendly.

The 28-year-old turned out for Paris FC – specifically the Ligue 2 club’s annual post-season match against amateur side Gauchy Grugie Biette.

Aubameyang was partnered up-front by his very own father, Pierre Aubame, who won 80 caps for Gabon during his playing days.

While possibly a little one-sided, the partnership proved fruitful as Aubemeyang the younger scored six (and laid on four assists) in a resounding 12-1 win for Paris.

However, Aubame the elder remained magnanimous in victory, insisting that the result wasn’t nearly as important as the camaraderie.

“We’re on holiday and we’ve come to play with friends!” he beamed to the Paris FC website after the final whistle.

Not entirely sure the Gauchy Grugie players would be inclined to agree.