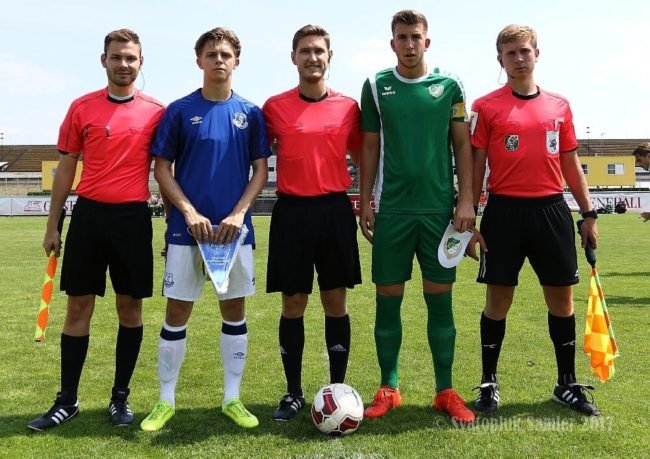 Day three, and Everton were in action against Hungarian side Gyori (Photo: CEE Cup/Facebook)

Well. We predicted something of a goal glut after day two’s proceedings had drawn to a close, but nothing quite like this.

Day three of the Generali CEE Cup had more big scores than Abraham Lincoln banged on about at Gettysburg and sought to separate the would be-men from the already-are-boys in this proving ground of a tournament.

Canada’s ProStars FC can be commended for making the long voyage across the Atlantic to represent club and country, but they may want to give themselves a Men In Black-style memory erasure after finding themselves on the receiving end of a 10-0 thumping from hosts Sparta Prague. 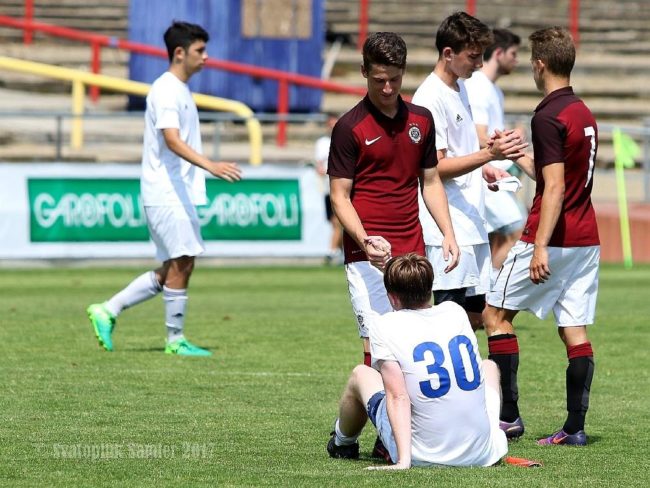 Hosts Sparta doled out a 10-0 trouncing to the ProStars (Photo: CEE Cup/Facebook)

The game was officially a dead rubber since neither side could advance to the semis, but Sparta made light work of their opponents; slicing and dicing them with seven goals flying in during a furious second half.

With no disrespect intended to ProStars, the gulf in quality was widely evident. Prague were more clinical, quicker, stronger in the tackle and simply had more footballing pedigree than their opponents.

8-0 now. Gonna be a long flight home for ProStars @cee_cup

Turns out it was 10-0 to Sparta. Went to the bathroom and missed two goals in that time.

By the end of this mauling, ProStars were chasing shadows: metaphorical ones cast long by their opponents’ talent and actual ones caused by the return of the big hot sun, glowering down from on high.

They looked utterly exhausted, but credit where it’s due as they didn’t let their heads drop. Both teams now face the ranking games to decide their placing in the tournament.

One would fancy Sparta’s chances of making the more telling impression in their final game.

The goals kept on pouring in like nobody’s business as Everton did away with Hungarian opponents Gyori ETO with relative ease in a 6-0 demolition job.

The Blues had struggled in their opening game against Pandev, huffing and puffing to a 0-0 draw and were further stung by the news of their brightest prospect, Joshua Zirkzee, withdrawing from the starting eleven just 10 minutes before kick off.

The club cited illness, but rumours flew around the Strahov Stadium about his whereabouts, his future and the covert actions of his agent.

All unsubstantiated, but with Zirkzee apparently being whisked off in a car to the airport to meet with Arsenal officials in London immediately after, you can probably draw a few tentative conclusions. Nice to know that the nefarious tendrils of football’s agent problem and the grubby dealings thereof infect the game at every level.

I wonder if, when and where we will see Zirkzee pitch up next.

Back to the game at hand, and Everton actually seemed to fare a lot better without their absent talisman.

Ellis Simms bagged a neat hat trick and secured his club’s passage to the semi-finals, where it was hoped they would meet Leicester and guarantee an English club appearing in the final…

However, it was not to be, as Leicester turned in a performance riddled with frustration, anger and lack of direction as they succumbed 2-0 to a sprightly FK Sarajevo.

The Foxes’ opponents proved to be overwhelmingly strong, first to almost every ball and unrelenting in pace and aggression.

At times the English lads looked nervous, apprehensive and prone to dawdle on the ball, with multiple passes wasted and strewn hither and thither across the pitch. 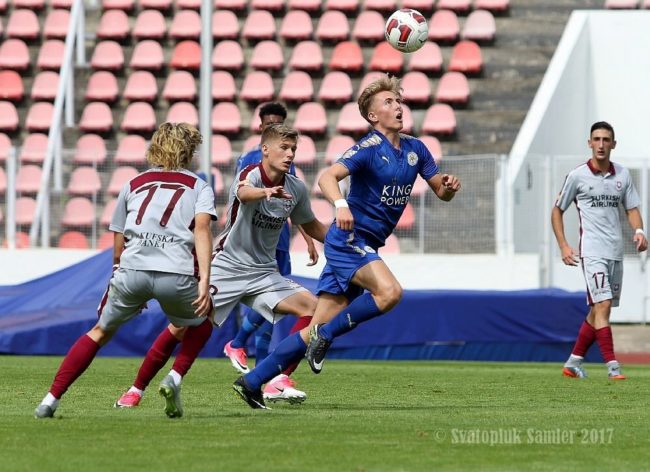 An early penalty put the Bosnians ahead and from there it never looked like going any other way – a formality, if you will.

Leicester were rightly tipped to make more of a showing in the CEE Cup before the competition, but their performance and subsequent early elimination serves only to provide more questions than answers.

The day’s final game was the long-awaited blockbuster between high-scorers Slavia Prague and Altinordu FK of Turkey.

The latter prepare for their games with a routine akin to New Zealand’s Haka which, even when performed by 17 and 18-year-old adolescents, is quite a fearsome sight.

Whatever sporting magic their pre-match intimidation conjures up, it works: Altinordu picked off Slavia 3-1 and booked themselves a semi-final berth against Burnley.

With the final four now reading Burnley vs Altinordu and Everton vs Sarajevo, we really have been left with the tournament’s best four teams, just as nature intended.

It’s a rightful bracket and the route to final – the ‘Road To Dolicek’ as it’s being referred to here – really is paved with gold.