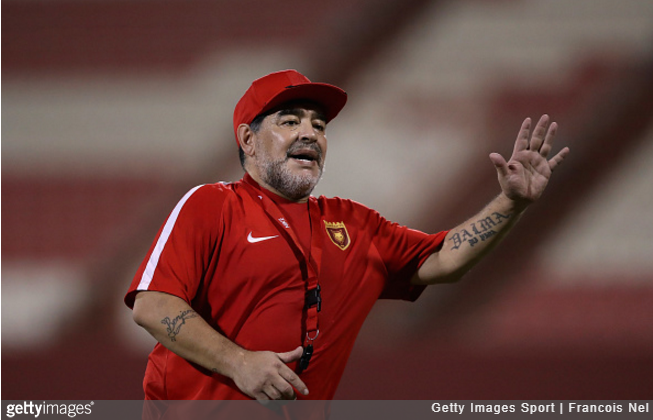 The hand that did the damage: Diego Maradona has just been unveiled as the new coach of FC Fujairah of the UAE

Diego Maradona has had his say on video-assisted refereeing (VAR), speaking out as a somewhat unlikely advocate of the controversial new system.

Maradona famously benefited from an absence of such technology at the 1986 World Cup, when he used his divine extremity to plink the ball over Peter Shilton and ‘hand’ Argentina the lead against England in the quarter-finals. 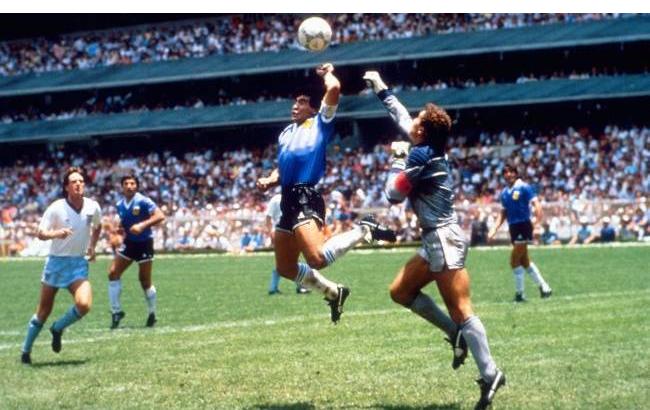 Asked about the introduction of VAR during an interview with FIFA.com, Maradona immediately referenced his nefarious goal at the Azteca:

I’ve thought about it and, sure, that [Hand of God] goal wouldn’t have stood if technology had been around.

And I’ll tell you something else, at the 1990 World Cup I used my hand to clear the ball off the line against the Soviet Union. We were lucky because the referee didn’t see it.

You couldn’t use technology back then, but it’s a different story now.

Not even the vaguest semblance of shame. It’s almost admirable.

It’s not just my goal in ’86 that wouldn’t have counted. Let’s not forget that England won the World Cup in ’66 with a shot that didn’t go over the line.

Then it happened to them in 2010, when [Frank] Lampard’s shot crossed the line against Germany but wasn’t given.

There have been lots of incidents where World Cup history would have been different if technology had been used.

It’s time to change all that.

But then we’ll have nothing left to talk about, will we? No huge, clanging grudges to harbour and carp on about for the next 50/60 years. Where’s the fun in that?

Error, malfeasance and gross miscarriages of justice are all part of the sporting dance.

While Pies aren’t exactly dead set against VAR, we’ll never fully understand the clamour to remove all that drama from football entirely.