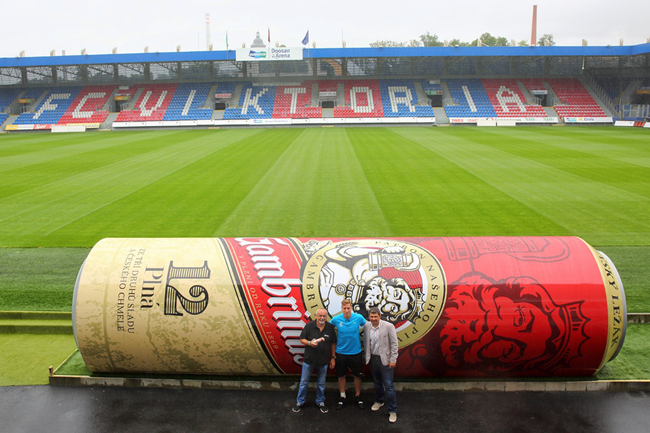 Viktoria Plzen have installed new dugouts at their Doosan Arena stadium and, ordinarily, that probably wouldn’t be worth noting.

However, thanks to a new sponsorship deal with Czech beer barons Gambrinus, Plzen’s new subs benches have been shaped to look like two enormous cans of lager…

Specifically, the new dugouts have been made to look like cans of Gambrinus Full 12 pilsner, and each feature a row of state-of-the-art warmed leather seats.

According to the Plzen website, the club is “intertwined” with Gambrinus beer, with their legendary striker Stanislav Strunc having worked in the brewery following his retirement from football in 1977.