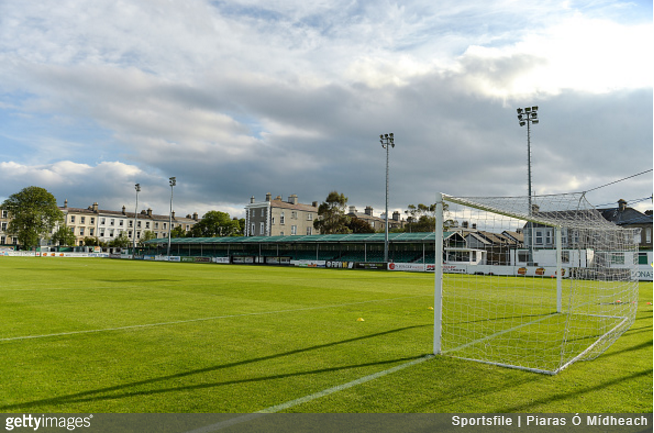 After it looked touch and go for a while, Bray Wanderers have today proudly announced that that club is financially stable for the time being.

The cash-strapped League of Ireland side had drawn up plans to redevelop their old Carlisle Ground home and use the proceeds to build themselves a new stadium, as well as a top notch football academy facility they insist will “rival the best in the world”.

However, the local Wicklow County Council scuppered the proceedings by insisting that Bray would have to relinquish the sporting lease on their stadium if they moved out of it, meaning that the club wouldn’t receive any profit from any redevelopment that may occur.

Regardless, Wanderers have declared that their finances are in just about decent nick as far as the immediate future is concerned, with chairman Gerry Mulvey doing so in an extremely odd statement posted on the club’s official website.

In his rambling diatribe, Mulvey brands Wicklow County Council “the North Korea of Ireland for business” – whatever that may mean – as well as semi-threatening some form of peasant’s revolt.

Here it is, in all it’s bonkers glory… 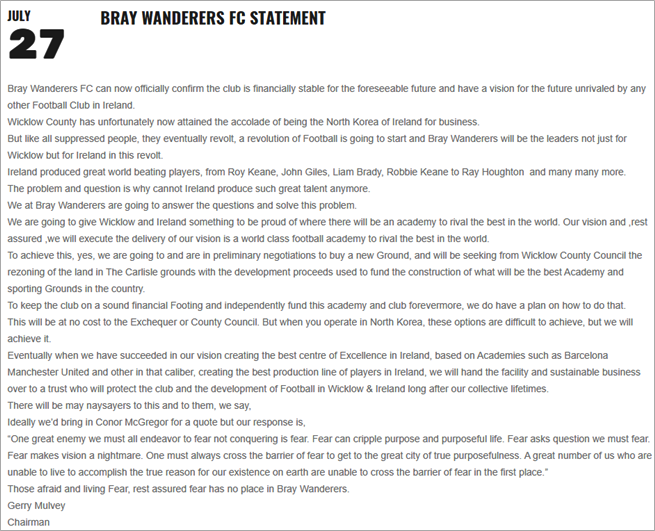 Pies’ personal highlight is Mulvey’s closing paragraph, in which he completely goes off the deep end in written form:

There will be may naysayers to this and to them, we say,

Ideally we’d bring in Conor McGregor for a quote but our response is,

“One great enemy we must all endeavor to fear not conquering is fear. Fear can cripple purpose and purposeful life. Fear asks question we must fear. Fear makes vision a nightmare.

“One must always cross the barrier of fear to get to the great city of true purposefulness.

“A great number of us who are unable to live to accomplish the true reason for our existence on earth are unable to cross the barrier of fear in the first place.”

Those afraid and living in fear, rest assured fear has no place in Bray Wanderers.

What the hell has Conor McGregor got to do with the price of Stilton?

As far as Bray are concerned, the finances might be stable, but the chairman sure as bloody hell isn’t.