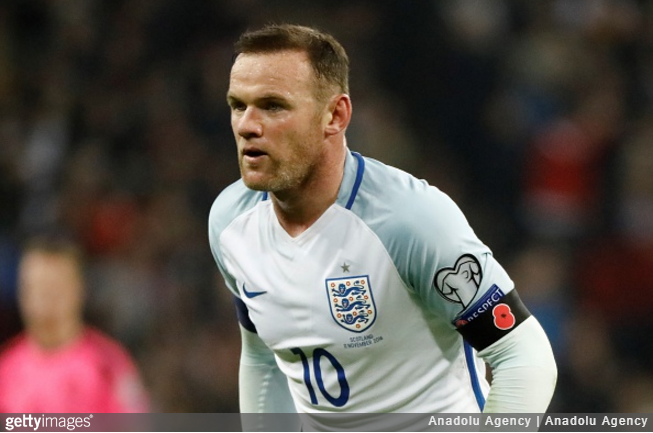 It’s been coming for a while, but Wayne Rooney has announced that, as of today, he is officially retired from international duty with England.

Rooney met with Gareth Southgate earlier in the week to discuss taking part in England’s upcoming games against Malta and Slovakia, but politely turned down the call-up in favour of bowing out and giving somebody else a crack at it.

Rooney, 31, followed up by releasing a public statement to confirm his decision:

It was great Gareth Southgate called me this week to tell me he wanted me back in the England squad for the upcoming matches. I really appreciated that.

However, having already thought long and hard, I told Gareth that I had now decided to retire for good from international football.

It is a really tough decision and one I have discussed with my family, my manager at Everton and those closest to me.

Playing for England has always been special to me. Every time I was selected as a player or captain was a real privilege and I thank everyone who helped me. But I believe now is the time to bow out.

Leaving Manchester United was a tough call but I know I made the right decision in coming home to Everton. Now I want to focus all my energies on helping them be successful.

I will always remain a passionate England fan. One of my very few regrets is not to have been part of a successful England tournament side. Hopefully the exciting players Gareth is bringing through can take that ambition further and I hope everyone will get behind the team.

One day the dream will come true and I look forward to being there as a fan – or in any capacity.

Rooney has been a great servant over the years and he’ll likely remain England’s record goalscorer for some time, but this feels like the right call at the right moment.

It also represents good news for Everton, who having seen their prodigal son return to the flock will also benefit from having him totally focused on making his second, late-career stint as successful as possible.

Well played Wayne, history will hopefully smile upon you more favourably that most England fans ever did.

How the last 14 years have flown by…