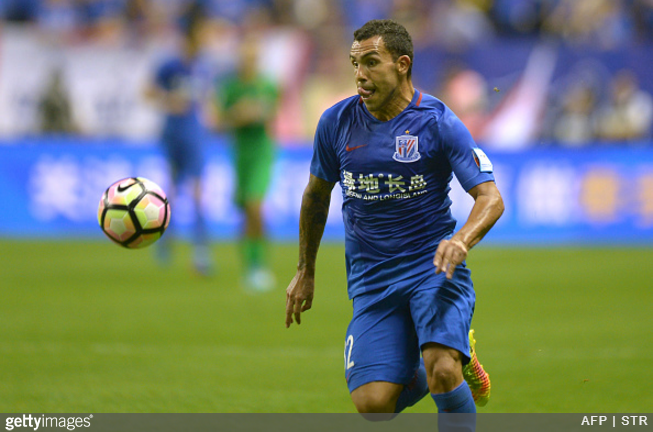 Carlos Tevez appears to have taken the popular misconception that a move to the Chinese Super League roughly equates to a move into semi-retirement to heart, fobbing it all off from the start while absolutely raking in the filthy lucre.

The Argentinian striker, 33, is currently one of, possibly *the* highest paid footballer in the world all thanks to the mammoth £640,000-a-week contract he signed with Shenhua last December.

Since then, Tevez has contributed a mighty two goals (one a penalty) in the space of 12 appearances, with a muscular injury ruling him out of several fixtures over the past few months, but fortunately not ruling him out of a family trip to Disneyland on the day of a recent away trip to Changchun Yatai.

Twitter user Marwan Zaki (@MZPlays_) has crunched the numbers and found that Tevez, unsurprisingly, is not providing Shenhua with much value for money.

In fact, turns out he’s made a bloody fortune for precisely nothing since moving to the Chinese side…

I have coached lots of big stars, and my players are never picked on reputation.

Shortly before Jinghui’s arrival, Tevez returned to the Shenua starting XI after recovering from his aforementioned calf injury, only to be booed by fans in a 2-1 defeat against Henan Jianye, the very result that provoked Poyet to resign.

Not that Carlitos cares one iota, we suspect.

After all, he’s got a clause in his contract that means he can leave in December and we’re having a shiny sixpence on him waddling back to Argentina with his massively engorged bank account in tow.