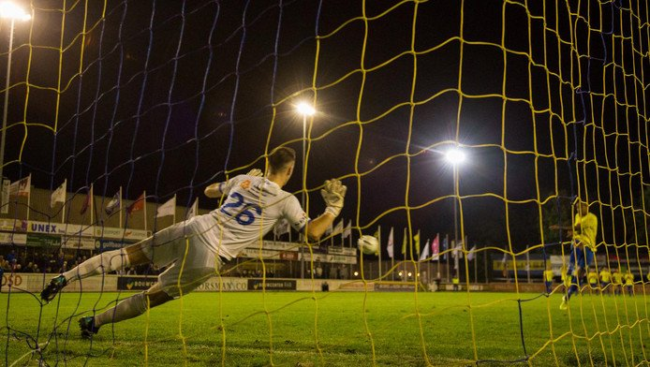 A refereeing error meant that two Dutch teams were forced to reconvene on Wednesday night to settle a penalty shootout that originally took place three weeks prior.

Third-division outfit FC Lisse beat fifth-tier HSV Hoek 5-4 on penalties in the KNVB Cup last month to squeeze through to the next round.

However, the Dutch FA later learned that the ref on duty had incorrectly used the new ‘ABBA’ penalty system in the shootout when he should have employed the standard ‘ABAB’ – i.e. both teams taking alternate spot-kicks.

As such, it was decreed that the shootout – rather than the full match – was to be replayed, with the two sides descending once again on FC Lisse’s ground on Wednesday night to go at it again, Hoek making the 200km journey to do so.

The action lasted less than 10 minutes, though this time it was Hoek that emerged victorious, snaffling a 6-5 win at Sportpark Ter Specke…

As a result, Hoek have now earned themselves a second-round tie against Heracles.