Right. After what seems like hours, the draw for inaugural UEFA Nations League has finally been completed in Lausanne.

If you’re not familiar with the Nations League, it’s basically UEFA’s labyrinthine attempt to breath new life into international football by scrapping pointless friendlies (though not entirely) in favour of a new competitive league structure, complete with promotion and relegation.

Pies have tried to explain the complex machinations involved before but, in all honesty, there are still several aspects of the sprawling ‘tournament’ that leave us completely baffled.

Any road up, the first ever UEFA Nations League group stage draw looks like this (hopefully you know your European flags)… 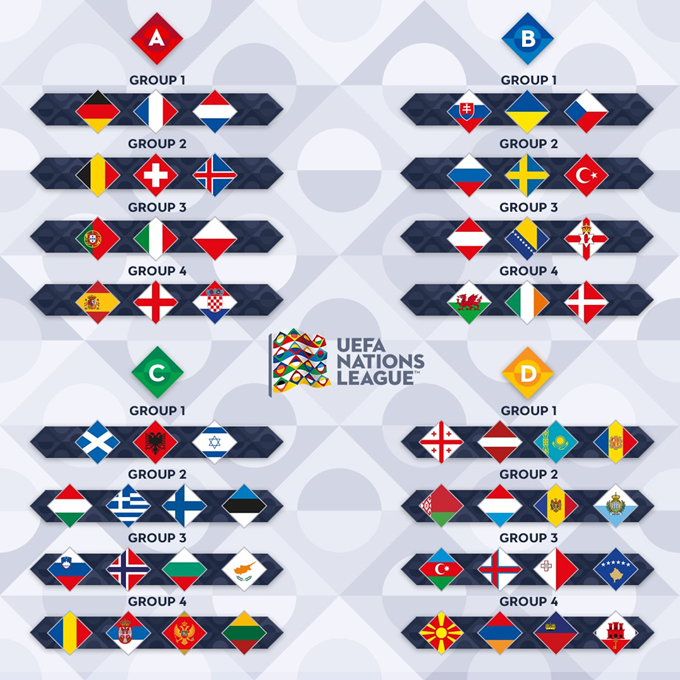 That’s Germany, France and the Netherlands all facing off in Group 1 of League A. Should be interesting.

As for England, they will face Spain and Croatia in League A, Group 4.

Wales have been pitted against Republic of Ireland and Denmark in League B, with Northern Ireland landing ties against Austria and Bosnia & Herzegovina.

Scotland are down in League C, Group 1, where they will play Albania and Israel.

The first round of group games is scheduled to take place in September this year, and hopefully things will start to make more sense as the competition progresses from there.