As you can see, Wednesday night’s Danish Superliga clash between Hobro IK and FC Copenhagen was a wintry old ordeal, with temperatures topping out at a nippy -4° degrees celsius.

Still, three hardy Hobro supporters enjoyed the experience of watching the snow-clad fixture in their swimsuits after winning the chance to do so in a pre-game raffle.

Thanks to the matchday sponsors, the aforementioned trio were afforded the opportunity of taking in the action at the DS Arena while supping beer in a pitchside hot tub… 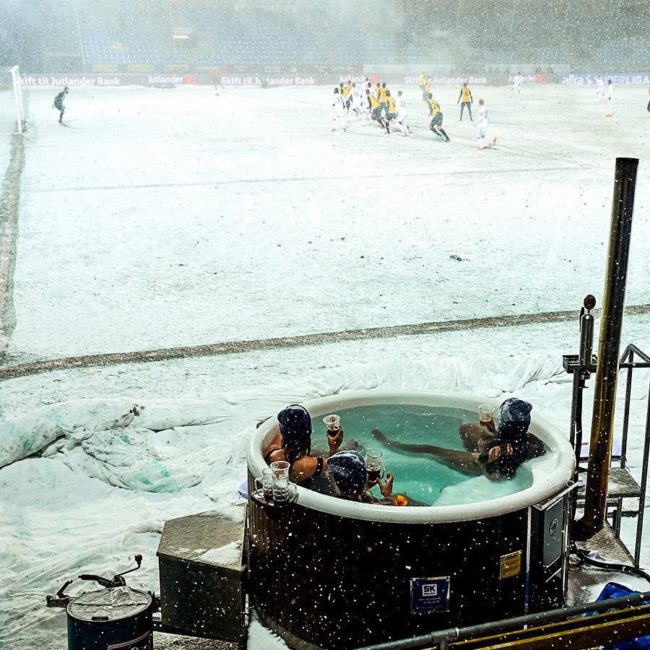 Brrrr. Some prize. We certainly don’t envy the long walk back to the changing room.

For the record, Hobro ended up on the wrong end of a 2-0 defeat.