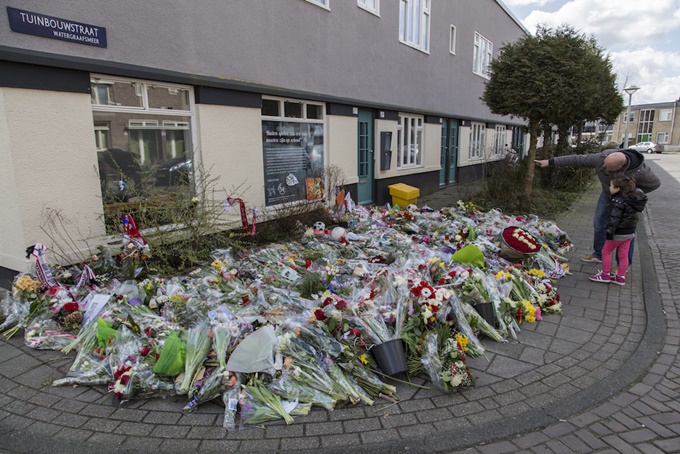 If you happen to be a hopeless disciple of Johan Cruyff then crikey do Pies have fabulous real estate news for you!

The very same house that Cruyff spent his formative years growing up in Amsterdam has come on the market.

For just €709.68 a month in rent, you could be rubbing yourself up against Jopie’s old fixtures and fittings, hoping that some of that totaalvoetbal juju will magically transmit into your bloodstream via osmosis.

The three-bed ground floor flat is situated on the corner of Akkerstraat in the Betondorp district of Amsterdam, where Cruyff’s parents used to run there fruit and vegetable shop.

This from Dutch News (taken from the Woningnet listing):

The windows are now decorated with images of the player, so it would be best if prospective renters are fans of the player […] There were plans to turn the house into a museum to the legendary Ajax player but Cruyff himself rejected that idea.

Apparently the dwelling has been inhabited by students since 2013 but now the owners, housing cooperation Ymere, have decided to put it up for rent.

The only minor stumbling block might be that, due to local letting controls, the house is only being made available to low-income families, who will be considered “priority tenants”.

Basically, you’ll need to assimilate yourself into a small Dutch family before you start filling any forms in.