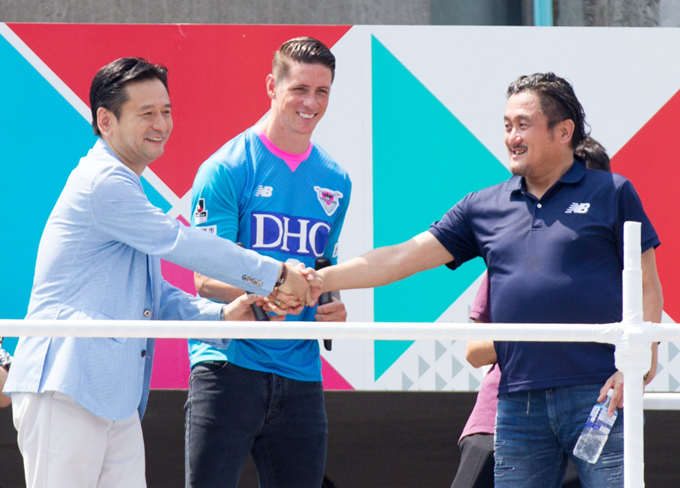 Fernando Torres is now officially on board at Japanese side Sagan Tosu after being unveiled at his new club and training with his new teammates for the first time on Monday.

As a welcome gift, the ex-Atletico Madrid striker was also presented with a very special offering from master manga artist Yoichi Takahashi – a signed portrait hand-drawn in the latter’s distinctive style…

For those wondering why Torres is depicted in his Atletico kit, we suspect it’s probably something to do with Sagan’s kit being truly hideous.

Takahashi is famous for writing the classic Captain Tsubasa cartoon that, although not widely known in Britain, was absolutely huge in Japan and Spain (where it was called ‘Oliver y Benji’) in the 1980s.

Hence, many Spanish players who grew up in that era have professed a love for the show, with Andres Iniesta also received a hand-drafted portrait from Takahashi when he signed for Vissel Kobe a couple of months ago… 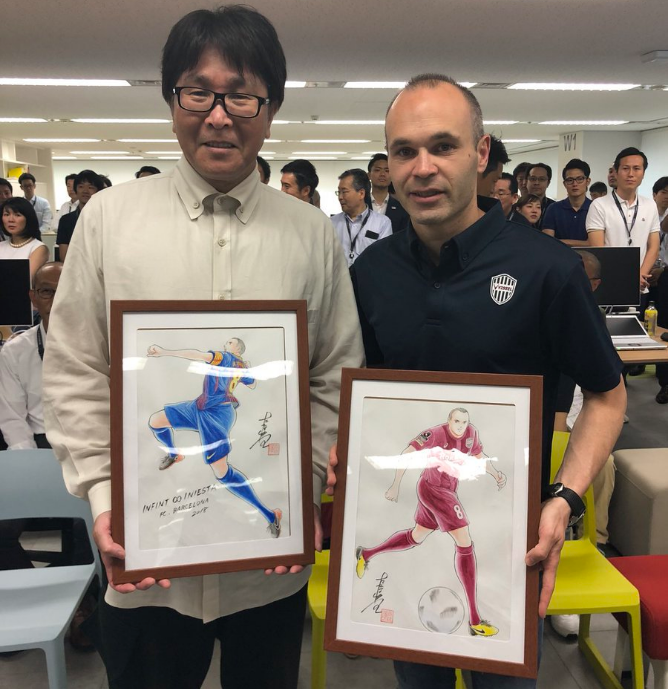 Straight on Ebay, the pair of ’em.