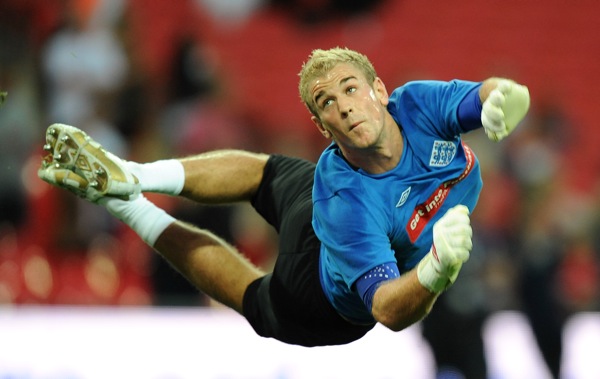 Joe Hart: The young ‘keeper wasn’t made to face a barrage, but his assured demeanour allowed you to afford the kind of confidence in him that you wouldn’t allow yourself to feel toward his immediate predecessors David James and Robert Green. Went about the routine elements of his trade consummately and without fanfare, punctuating his performance with a couple of good saves (from Dimitar Rangelov and Glen Johnson). 8/10

Glen Johnson: Rather worryingly, we still see far too much of the ‘old Glen Johnson’, especially at international level. Served to reinforce – rather than dictate – a number of attacking moves but was woeful at times when called upon to fulfill his defensive duties. 4.5/10

Michael Dawson: After a nervous opening period, the Tottenham centre-back began to ease into proceedings only to have his resurgence stemmed in the 57th minute by a grotesque looking injury to his knee. As a result, Dawson is almost certain to miss England’s second qualifier with Switzerland next Tuesday. 6/10

Phil Jagielka: The Everton man’s performance belied his relative international experience. Imperious in the air, quick across the ground and also displayed a nice line in last-ditch recoveries when needed. Not quite the finished article, but not far off. 7.5/10

Ashley Cole: Did all of his best work in Bulgaria’s half, combining fluidly with Rooney to provide the assist for the opening goal. Persistent going forward and reliable as ever when defending. 7.5/10

Theo Walcott: Despite the ‘new dawn’ he’s apparently undergone at Arsenal this season, I saw no real improvement from Walcott tonight other than his obedient positioning. Will have ‘flattered to decieve’ many onlookers by repeatedly exposing Zhivko Milanov with his pace, but the truth is he did little of consequence when given ample opportunity to do so. 5/10 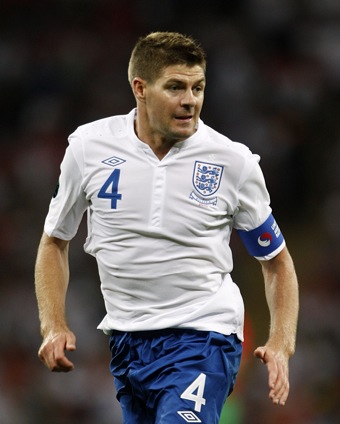 Steven Gerrard (captain): Played with the kind of freedom and spirit that we haven’t seen him display at international level for a long time. Covered ground like a man possessed and his continual lung-busting runs pulled defenders every which way as England raided forward. Note to Fabio, Frank Lampard need never play for England again. 8/10

Gareth Barry: Disruptive without being influential. Went about his defensive role (a role to which I’m not sure he is particularly well suited) in his usual, understated manner. Did what he had to and nothing more. 6.5/10

James Milner: Mixed some wonderful displays of touch and control with a real eagerness to work himself into the ground, maintaining a very high work-rate until deep into the second half. Technically speaking, he doesn’t look 100% comfortable on the left-wing – but he does a good job of compensating for it. 7.5/10 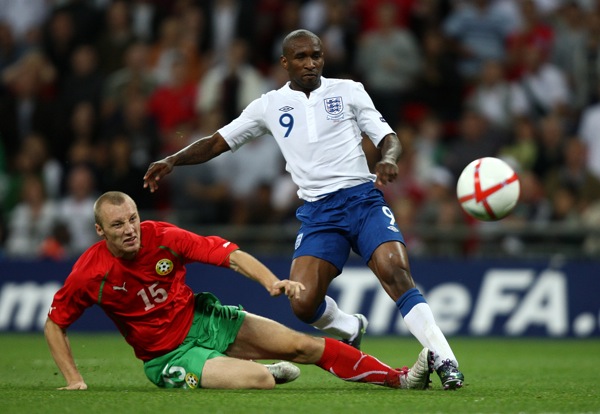 Jermain Defoe: Opportunistic and athletic for the first goal, pacey and a little fortunate for the second and committed for the third. Showed a little bit of everything but would have struggled for chances if Rooney wasn’t playing as a link-man, such was the high, looping trajectory of many of the crosses that were slung in to him. 8/10

Wayne Rooney: Wasn’t overtly brilliant but still played a part in all four goals, despite a fairly quiet first half. Was almost operating in centre midfield during the closing stages of the game, but continued to pull strings. Needs a goal to get his swagger back. 7.5/10

Gary Cahill (Dawson, 57mins): Replaced the prostrate Dawson following his injury and slotted in effortlessly. Looked a little hesitant when it came to distribution, but defended stoutly enough – pulling of a flying block to deflect Stiliyan Petrov’s goal-bound half-volley wide. 6.5/10

Adam Johnson (Walcott, 74mins): Only given quarter-of-an-hour to make an impact, and duly succeeded by notching his first England goal (squeezing a shot past the wrong-footed Nikolay Mihailov) on only his third appearance. 7/10

Ashley Young (Defoe, 87mins): With Defoe having to celebrate his third goal with a limp, the striker was bought off as a precautionary measure. To the best of my knowledge, Young didn’t manage to touch the ball during the 4 or 5 minutes he was on the field. N/A

This article was first published on the excellent Soccerlens, for whom Chris also writes