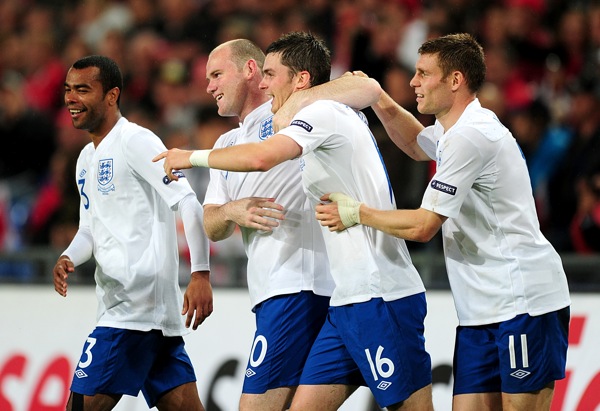 How we rated England’s players against the holey Swiss, who – in the words of Steven Gerrard – were ‘torn apart’ in Basel:

Joe Hart: The first wobbles for Hart came in the form of a couple of moments of unsure handling (it was a wet night, in his defence), but I’m sure he has the confidence to put them out of his mind. Could do little to prevent Switzerland’s goal, which was a veritable screamer. 5.5/10

Glen Johnson: One of his best games for England. Set up Wayne Rooney’s goal and showed lots of intent going forward throughout the 90 minutes. A terrific display then, but he wasn’t tested much on the back foot by the negative Swiss – not his fault, mind. 8/10

Phil Jagielka: How much more likable is Jags than John Terry, by the way? You can’t even measure it. Anyway, that’s a fringe benefit of having Jagielka in the England team. The main benefit is his assured and robust defending, which continues to impress. Can we keep him, Fabio, please? 7/10

Joleon Lescott: I was a bit nervous on hearing of Lescott’s inclusion, as I rate Gary Cahill higher, but the Man City defender was solid enough, and clearly comfortable alongside former Everton team-mate Jagielka. 6.5/10

Ashley Cole: The Best Left-Back In The World For My Money (© Alan Shearer) had a mostly quiet night, but he did set up Darren Bent for England’s third goal. Booked though so I’ll take half a point off for that. 6.5/10 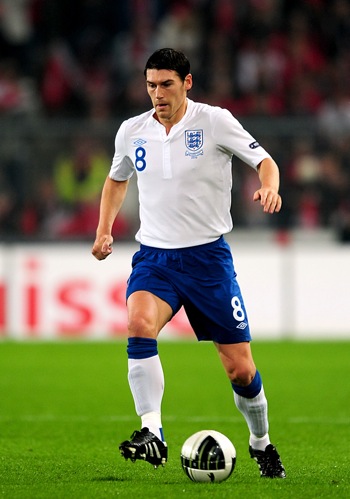 Gareth Barry: Mr Dependable (© Alan Shearer) was, er, dependable. Very lucky not to see yellow for a fierce challenge on Stephan Lichtsteiner, but apart from that he went about his business in, er, a dependable manner. He’s dependable, see. I do like the balance and feel of his midfield partnership with Steven Gerrard. 6.5/10

Steven Gerrard: Really settling into this armband business, isn’t he. And look how much he enjoys playing without Frank Lampard. Look, Fabio, look! Yet another dynamic display by Stevie G. More please. 8/10

James Milner: To quote the great Kevin Keegan, Milner was all ‘legs and energy’, as usual. Capello loves his workrate, and so do we. He was more effective against Bulgaria, but he never stopped running in Basel. 7/10

Theo Walcott: Went off early after his ankle was caught by a nasty Swiss player, but he played a part in England’s opener, so it would be adding insult to injury to not give him a solid 6/10

Wayne Rooney: What scandal? This was Rooney’s best display for England since before the World Cup. Always at the heart of the action, looking to make good things happen. 8/10 Man of the match

Jermain Defoe: A minor comedown after the high of Friday’s hat-trick. Should really have scored a couple of goals, but he still looks sharp and is really finding his feet at international level, at last. 6/10

Adam Johnson (on for Walcott, 13): Not only can the boy play, he has the temperament to play well at the highest level, all of which makes it the more infuriating that Capello couldn’t find space for him in his World Cup squad. Grrr. Johnson’s quick feet, composure and self-belief should see him as a fixture for England for a very long time. Took his goal brilliantly and wanted the ball all night. 8/10

Darren Bent (on for Defoe, 71): Triffic finish, will do his confidence wonders. Another who should have gone to the World Cup (hey, these hindsight goggles are great!). 7/10

Agree/disagree with our ratings?