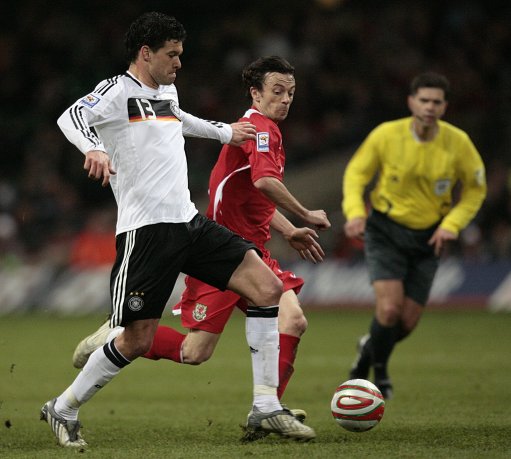 Germany coach Joachim Low has given the subtlest of hints that he has no intention of calling-up Michael Ballack as-and-when the former Mannschaft captain returns to action following yet another injury setback.

Ballack was forced to miss the entire World Cup this summer after cracking an ankle during last season’s FA Cup final whilst he was still at Chelsea, and now the 33-year-old is facing a further six weeks on the sidelines with a micro-fracture of his left shin which he sustained last weekend whilst playing for his new club, Bayer Leverkusen.

He has not featured for the national side since picking up his 98th cap in March of this year, and Low has admitted that he has doubts as to whether Ballack will ever regain enough of his fitness to play for Germany again – telling the Badische Zeitung newspaper;

“Generally speaking, and this does not only apply to Michael Ballack, everybody has got to realise when their time at the top is over. After this latest injury setback, we are going to have to see whether he makes it to Euro 2012, when he will be 35 years of age.”

After an impressive showing in South Africa, the Germans have demonstrated that they no longer require Ballack’s influence at the heart of their midfield, such is the quality of their emergent generation – and in particular Bastian Schweinsteiger, who is seemingly tailor-made to take on Ballack’s considerable mantle.

However, to stop him dead on his 98th cap seems a little churlish. Surely the obvious course of action would be to give him two more friendlies to get to that magical 100 (which is surprisingly still three fewer than Miroslav Klose has managed to currently amass), and then call it quits. Sehr gut?