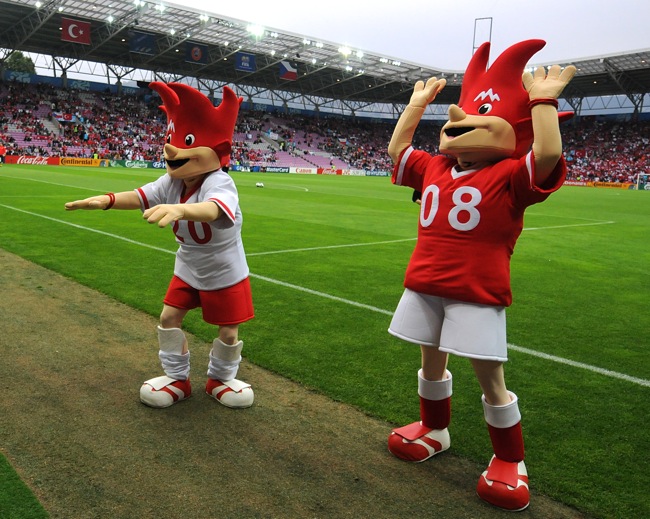 Mascot of: They were the official mascots for the 2008 European Championship, held in Switzerland and Austria. Trix (white shirt) represented professional footballers’ love of prostitutes, while his twin Flix (red shirt) was more interested in tekkers. Probably.

Distinguishing features: Imagine taking a lot of acid, then watching a Jedward music video. Something like that. 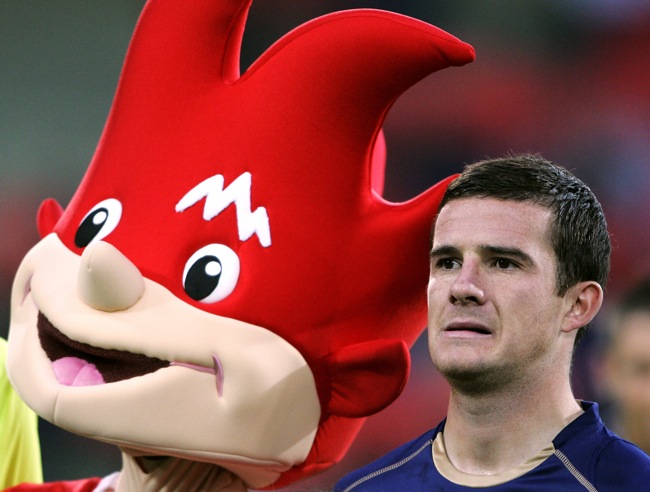 Barry Ferguson is scared, and who can blame him.

More pics of the pair: