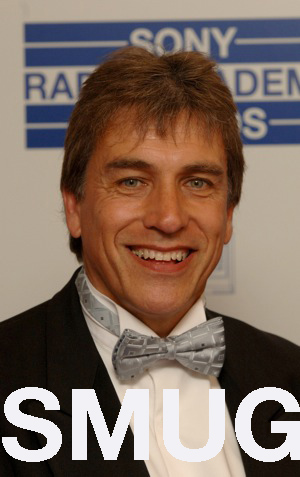 “I just hope we’re not having the same debate in twenty years’ time.”

So declared the insufferably smug John Inverdale on BBC television back in October 1993. The rugby-mad presenter – rightly detested by all true football fans and probably his own mother too – had for some reason been chosen as host of forum to discuss the question: “What’s wrong with English football?” This query was prompted by Graham Taylor’s disastrous reign as national manager, which had just reached its nadir with defeats against Norway and the USA. It was already clear that his side would not qualify for the following year’s Soccer World Cup (as Inverdale would probably call it, to avoid confusion with the infinitely more important rugger version).

What has changed since then? Sod all really – even Inverdale himself looks exactly the same only smugger. And this week the BBC screened another soul-searching programme, drolly entitled “Can England win the next World Cup?”

The answer to this question is, of course, “yes”. The problem being that when you ask the other question implied within it – Will England win the next World Cup? – the answer is obviously “no”. And the question the programme really sought to answer was: why not?

In short, we fail because our young players are technically poor and lack tactical awareness. We fail because little kids play competitive football, often 11-a-side, instead of games where they can touch the ball frequently and develop a feel for the game. We fail because they are encouraged to win at all costs, and physical power and “passion” are prized above all else.  We fail because they receive virtually no technical coaching. We fail because this country has a tiny fraction of the number of qualified coaches you find in Spain and other top football nations.

To this I would add: we keep thinking we fail because we don’t keep the ball and lack organisation, but the problem is much deeper. We fail because our players can’t control a ball under pressure in tight areas and then beat players, creating space and confusion among the opposition. We fail because when a team like Spain does this to us, we lack the flexibility and intelligence to anticipate the problem and deal with it. We fail because we get excited when we have one good player in a particular position, instead of realising that the top nations have two or three.

We fail because, just as our universities have to give students catch-up lessons in basic English and maths, our professional football clubs have to teach teenagers skills that foreigners learn as juniors.

We fail because nobody learns from mistakes, so we keep making them. We fail because the Prince William is president of the FA (a self-proclaimed “world-class organisation with a winning mentality”) and its Council still has seats for the Army, the Royal Navy, the RAF, the public schools, and Oxford and Cambridge Universities. We fail because of laziness, arrogance and incompetence, from the bloated top right down to the mythical “grass roots”, which are either paved over or covered in dog shit.

So can we win the next World Cup? Course we can! It’s about BELIEF and PASSION and NEVER-SAY-DIE SPIRIT, and for me, we’ve got massive hearts and tons of guts and when they pull on those Three Lions they feel ten foot tall and our Premier League is the best league in the world and everyone wants to play at Wembley and our national health service is the best in the world and…