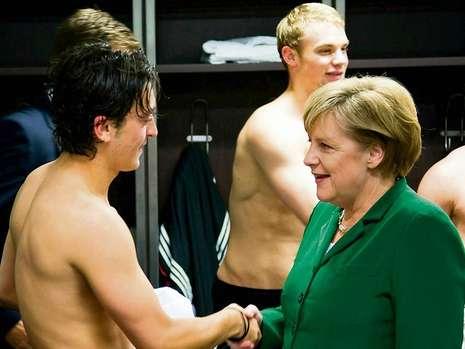 Back in the real world, German Chancellor Angela Merkel was congratulating Ozil and his Germany team-mates on their 3-0 win over Turkey in a Euro 2012 qualifier on Saturday. Germany top Group A with nine points out of nine. How very efficient of them.

Ozil scored against Turkey, which gifted football feature writers a whole bunch of colour, as the midfielder is of Turkish descent, although he was born in Germany.

Video: Mesut Ozil Dresses Up As An Old Man