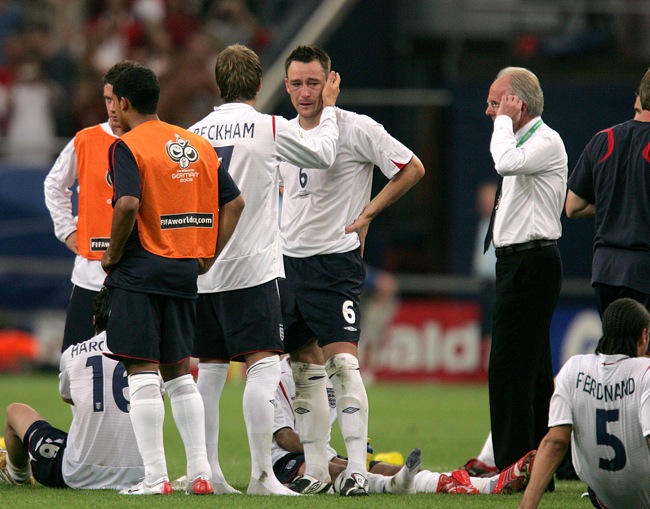 A familiar picture for all England fans: near but rarely far enough

The England national team is currently sixth in both the FIFA and Elo rankings. (The latter being nothing to do with the bewhiskered Brummie classical-rock ensemble: it’s the international system that was in place many years before the FIFA system was introduced in 1992.)

Historically, England have been ranked number one in the world four times: for the periods 1872-1876, 1892-1911, 1966 to 1970, and, incredibly, 1987-1988. (The latter reign ending after the team’s abject performance at the European finals that year, when they lost all three group matches.) Since then, their highest ranking has been fourth.

Rankings are invidious, of course, and the methods of calculation are always controversial. The main objections are that they don’t accurately reflect the present quality of the current teams because they use data accumulated over a number of years, and they don’t accurately reflect the quality of the opposition faced or the importance of the actual games played.

Steps have been made to address these criticisms, however, and it’s hard to disagree with the current rankings – certainly not top boys Spain, who have been at number one for longer than anyone since Wet Wet Wet.

But how do the top nations rank historically in the matches that really count – the tournaments that have us glued to our screens every other summer? How does England compare to the teams with which we can be directly compared – the top European nations who regularly star in these two tournaments?

First the teams: Germany (including West Germany but not East Geramny), Italy, France, Spain and the Netherlands.

Second, the rationale: A simple system based on points awarded for reaching the significant final stages of the European Nations Cup/Football Championship (Euros) and the World Cup. Only World Cups since the war are counted, as only a few teams took part in the early ones, and the first two were basically propaganda exercises for Mussolini. Although some teams didn’t enter the early Euros, and Germany was banned from the 1950 World Cup, the latter tournament was the first proper one, and seems a good starting point. This is a fair way of assessing performance over a long period of time, as it rewards real achievement rather than the flat-track bullying of the qualifying rounds and the group stages. Lucky victories in the last sixteen are evened out over the years by unlucky exits, and ditto results in the latter stages. It’s not totally scientific, but it’s fair.

Number of appearances in a final

Germany’s overwhelming dominance is all the more remarkable given that the team was banned from the 1950 World Cup and didn’t enter the first two European championships. Not only that, but football in Germany didn’t turn fully professional until 1962. 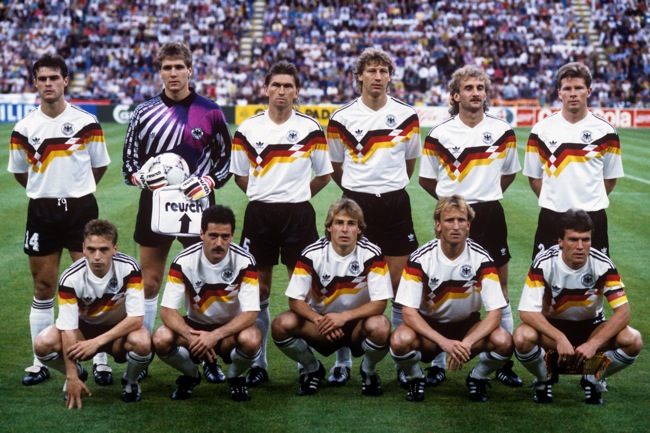 In England’s case, one could argue that they would have dominated pre-war international football, had they not withdrawn from FIFA and thus missed the 1934 and 1938 World Cups. On the relatively rare occasions they played European teams at that time their superiority was obvious – they beat world champions Italy and thrashed Germany in Berlin in front of Hitler.

On the other hand, England’s post-war record is poor, with a points tally accumulated mainly from quarter-final defeats. One tournament victory and three lost semi-finals in sixty years tells its own story. In our six-nation mini-league England have, during the course of this century, been overtaken by Holland and Spain, and now find themselves rooted to the bottom. Sadly, the facts don’t lie.