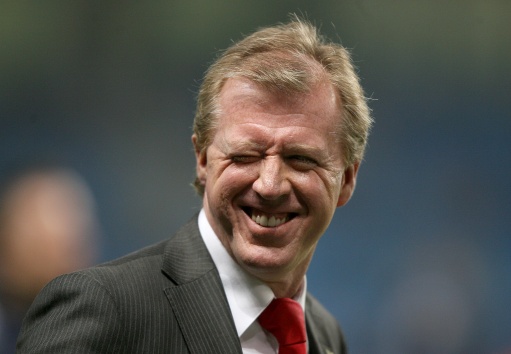 The FA’s director of football development (and chief executive of the ‘Cockney Grimace’ committee) Sir Trevor Brooking has effectively put the kibosh on the rumours that Steve McClaren was in the running to replace England manager Fabio Capello when the Italian’s contract expires in 2012, by insisting that the current Wolfsburg coach ‘isn’t ready’ to return to the helm of the national side.

In an interview with the Independent, Brooking said:

Steve had a really difficult time [in charge of England] and in years to come might be looked on as the ideal age to do the job again, but 2012 would be too early for him to come back. He himself wants to get more experience.

Longer-term, we’d like to take the lead and appoint English coaches – not just once but on a regular basis.

Well, it seems like we’re destined to have another one of those contemptible Johnny Foreigner types in charge of the England national side come 2012.

If experience is to be a decisive issue, then that surely rules out current U21 manager Stuart Pearce (who remains my shout to succeed Capello) making the step up to first-team proceedings.

As an aside, if the FA bow in and give the job to ‘Arry then I’m tearing up my passport and officially deferring my nationality.