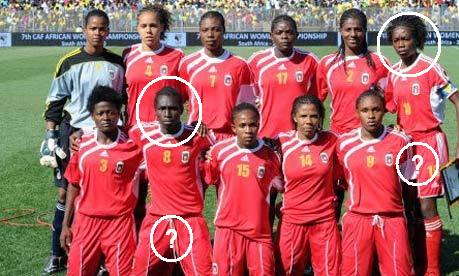 Big, big news people! Equatorial Guinea’s female football team have been accused of fielding two human beings with man bits by several of their rivals in the African women’s championship.

The two fine, square-jawed fillies in question, captain Genoveva Anonma (back, right) and striker Salimata Simpore (bottom, left), were instrumental in Equatorial Guinea’s run to the final of the championship and, although they eventually lost out 4-2 to Nigeria, the side still managed to qualify for the women’s World Cup.