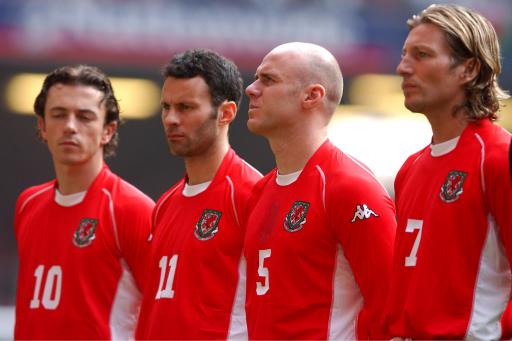 Since being unveiled as the new Wales manager yesterday, Gary Speed has wasted no time in re-opening the lines of communication with the veterans that former incumbent John Toshack systematically put out to pasture – insisting that the door is open should ageing stalwarts like Ryan Giggs, Simon Davies and Robbie Savage wish to overturn their respective international retirements.

Speed is well aware that his crop of burgeoning youngsters may benefit from playing alongside some experienced heads, and is already planning to hold talks with Giggs over returning to the national side:

“I am sure I will be ringing around. There are a couple who have already rung me to be honest. ‘Sav’ (Savage) has rang me. I’m not sure about Ryan yet, but who wouldn’t want him in a team? I’m sure others will be in touch.”

36-year-old Savage has already publicly declared himself available for selection after being alienated by Toshack – declaring in his Mirror column:

“I’m available to play for Wales again and if Gary Speed thinks it’s the right thing for me to come back then I will do. I think I’m playing well enough to be part of Wales again.

“But I know Gary and he won’t pick people for the sake of giving his old mates a last hurrah. If he says, ‘Sav, it’s over’ then I’ll respect that and I’ll still be a big advocate of him.”

If a Wales call-up will help reduce the amount of ‘screen time’ that Savage is currently enjoying, then I’m all bloody for it.