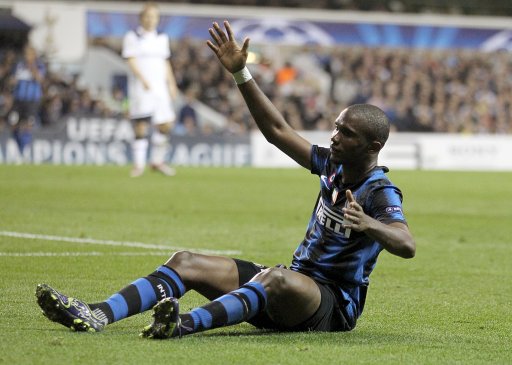 Inter Milan’s Cameroonian striker Samuel Eto’o has been crowned African Footballer of the Year for a record fourth time at the Glo-CAF’s bash in Cairo last night.

Eto’o, who beat Ivorian Didier Drogba (Chelsea) and Ghanaian Asamoah Gyan (Sunderland) into second and third place respectively, is now the only player to have been bestowed with the bauble on four separate occasions.

I think we can safely assume that it is his domestic season that has been recognised, rather than Cameroon’s World Cup campaign.