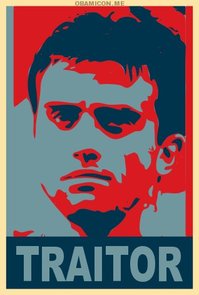 Yesterday, Pies was the first to tell you about the Giuseppe Rossi Judas T-shirt, which is selling like hot cakes and also generating a hell of a lot of debate, especially in the States and, to a lesser extent, Italy.
After scoring twice in the Confederation Cup against the country of his birth (he was born in Teaneck, New Jersey), Rossi has become a hugely divisive figure. Many Americans view him as a traitor for choosing to play for Italy, but there’s no doubting the depth of Rossi’s Italian roots. 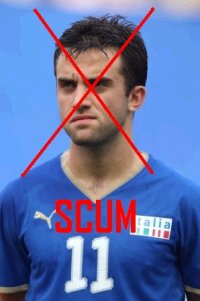 Rossi even has his own Facebook group now, called simply “We hate Giuseppe Rossi”. At time of writing, it has 434 members, mostly Americans who can’t stand the fact that their Men’s National Team (MNT, as they like to call it) missed out on Rossi. Witness a couple of examples of wall posts:
“Nothing but a traitor. Needs to grow up and realize that he’s too obsessed with being Italian which he’s not. If you’re born in America, you’re an American. It’s one thing if you moved back at a very young age, but Bruce Arena asked him to play for the US only six years removed from his emigratoin and he snubbed the US with a gauranteed spot. He could still play for the US national team and play club in Italy. He just doesn’t want to American. As far as I’m consider they can have him and his greasy hair.”
And a more balanced view:
“Wow. So much hate for a kid who has had a dual citizenship since his birth, born to Italian parents, played at every junior level for the Azzurri, and left for Italy when he was 12 in order to pursue his dream of playing the most beautiful sport of all – calcio, just because he scored and celebrated against a country he does love and calls home? You guys are nuts. That is all.”
People should lay off Rossi. He chose Italy, get over it. I could mention that the US is trying to poach German-born Jermaine Jones, who played a few friendly games for Germany but now claims he wants to switch to the USA. You win some, you lose some.
More Rossi on Pies:
20/20 Visions: Alex Ferguson should have done more to keep Giuseppe Rossi