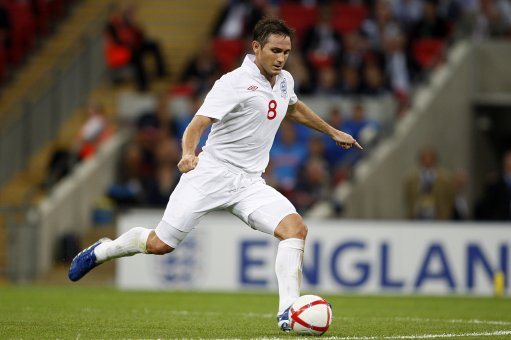 Fabio Capello has confirmed that Frank Lampard will captain England when they take on Denmark in a friendly tomorrow evening – deputising in the absence of injured pair Rio Ferdinand and Steven Gerrard.

Capello also addressed concerns over Lampard’s fitness, branding the Chelsea stalwart as one of the ‘freshest’ players in the current squad, also adding that Arsenal youngster Jack Wilshere is due to partner him in the centre of the England midfield and that Aston Villa new-boy Darren Bent will lead the line in Copenhagen.

“I’m very proud. I’ve been in the squad quite a long time and I feel like one of the older stagers. It will be one of the proudest moments of my career.

“To actually walk out as captain is a huge deal. I’ve been in awe of many a player who’s done that. You grow up dreaming of that moment.”

Strange, really, that Lampard should finally have a crack at the armband during the first waff domestic season he’s endured since moving to Stamford Bridge a decade ago, but hey ho.