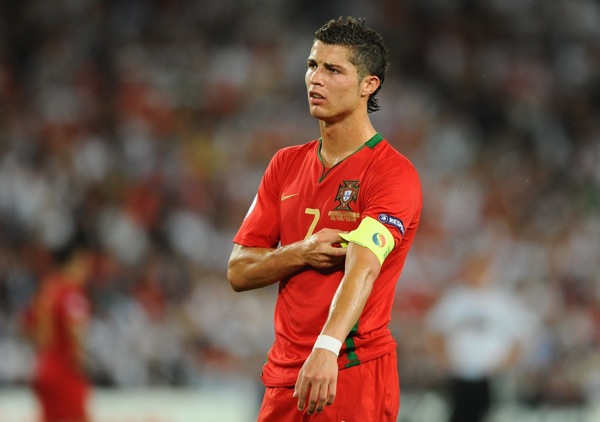 A World Cup finals without the best player in the world? It’s happened before, to greats like Alfredo di Stefano, George Best and George Weah. Now it could happen to none other than Cristiano Ronaldo.

Portugal currently lie five points adrift of leaders Denmark in Group 1 and need to beat Hungary this weekend to stand a chance of finishing top. However, if Portugal fail to beat the Hungarians, and second-placed Sweden win in Copenhagen (an unlikely scenario, perhaps), the team will miss out on a play-off spot. Portugal’s final qualifier is against Malta at home, which they really should win, but a slip up against Hungary could be very costly.

So there’s a very good chance that Portugal won’t be in South Africa next summer  – which is great news for C-Ron’s tan, but shit news for those of us who would quite like to watch Ronaldo shred opposing defences and throw his hands up in the air when things don’t go his way.

However, as Wayne Rooney pointed out recently, England has a pretty crap record against the Portuguese of late, so for selfish reasons, I’d be more than happy if any team containing such a dangerous weapon as Ronaldo was not blocking the path to glory.

Do you want Ronaldo to reach South Africa in 2010? Or would you laugh if he failed to make the biggest football show on Earth? Vote with your fingers, people (oh, and it’s good to be back, at last – sorry for going dark):