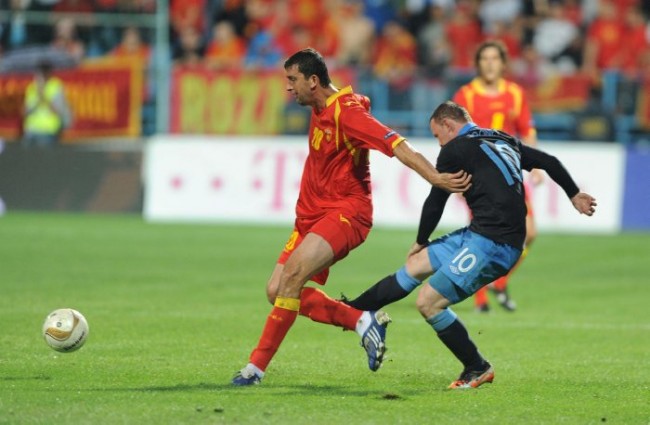 Did someone’s Dad have another flutter on a red card?

England secured themselves a ball in Sepp Blatter’s Polkraine 2012 perspex fishbowl with a 2-2 draw against Montenegro in rain-drenched Podgorica last night, finishing top of Group G with an unbeaten record and everything in the garden looking rosy – including the shiny red card shown to Wayne Rooney who, with England 2-1 up, hoofed Miodrag Dzudovic across the calves after being dispossessed and duly left his side a man down for the last 20 minutes.

Ashley Young and Darren Bent had England 2-0 up until Elsad Zverotic pulled one back with the last touch of the first half, with Andrija Delibasic heading home at the far post in the 92nd-minute to equalise for Montenegro and snatch them the point they needed to land a spot in the qualifying play-offs next month – everyone (except a certain luncheon meat-faced striker) was a winner, which is a little strange considering the scoreline.