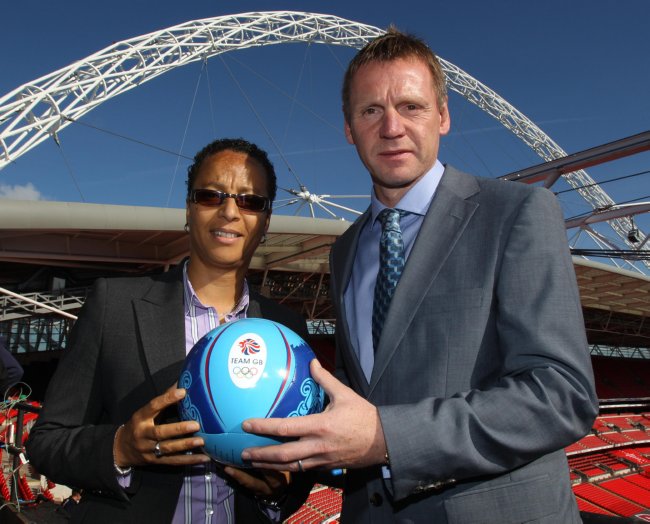 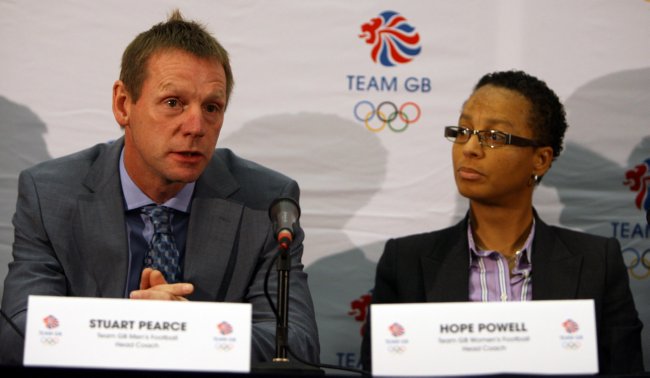 “Err, Stuart…you’ve got a bit of a ‘tuft’ situation going on up top pal”

It’s been announced this morning that England U21 coach Stuart Pearce and England Women’s manager Hope Powell will be jointly charged with leading the Great British football team (should it ever actually come into existence) at the London 2012 Olympic games.

The Welsh, Scottish and Northern Irish FA’s are all still opposed to having their respective players picked for the side as they feel their status as autonomous, independent associations will be undermined and, subsequently, relinquished altogether or some such gubbins.

Pearce (who appeared to be doing his best impression of Alfalfa from ‘The Little Rascals’ at the presser) spake thusly:

“I’m not going into this job looking only to select English players. It should be made up if at all possible of all the home nations.

“[The other FAs] should come forward and put their players up for selection. A lot of it will depend on the players mentality. If the players want to be part of it then that would be fantastic. I think they will.

“I think they will be very, very excited to be part of this showcase of football. Dialogue will come into it between myself and the federations and the managers concerned and I think support will be galvanised as the months go by and the tournament nears kick-off.”

In short, it’s going to be a complete shitstorm with no worthwhile pay-off whatsoever, much like – say – the Olympics themselves.