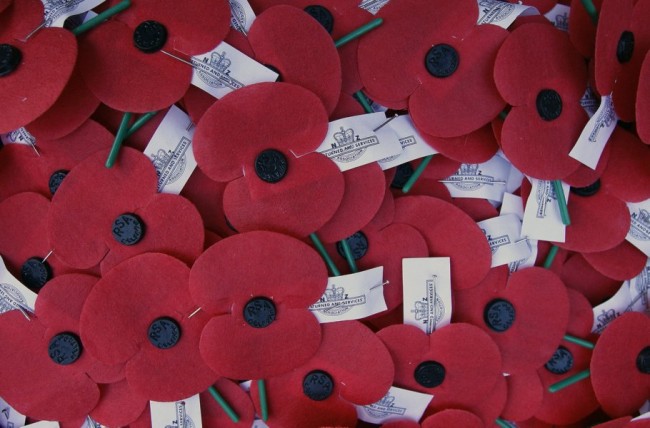 It’s a quandary that has been playing on the minds of many-an English football for the last few days: Why won’t big bad, Nazi-sympathising, Holocaust-denying FIFA allow brave England to play with Poppies embroidered on their shirts against Spain at Wembley on Saturday? At least, that’s how the Daily Mail would have it.

Sepp Blatter and co. have stood firm despite having their decision to refuse any such emblem being added to England’s shirts with an adult-size serving of righteous indignation from the press circles, citing FIFA’s sartorial ruling that a international side’s kit cannot be modified in any way after the initial design has been okayed by football’s governing body.

Of course, to those incensed this looks like a textbook example of bureaucratic dilly-dallying on FIFA’s part – hiding behind ridiculous, self-interested, tailor-made bylaws to prevent England observing a national tradition and honouring the men that fell in the Great War.

To the vast majority of Europe, the Poppy stands as a simple symbol of commemoration and appreciation for the men that spilt their blood in the fields of Flanders in WW1. Ask the Catholic/Nationalist population of Northern Ireland what the Poppy symbolises to them, and you’ll probably find you get a rather different answer. Therein lies the problem.

The wider picture is that, by allowing England to wear the Poppy, FIFA would be opening a veritable Pandora’s Box of political issues that would be much better off staying closed and sealed tightly – there’s no need for football, a game that we’ve seen humbly transcend even the most gruesome of socio-political issues, to go wading in and allowing certain countries to observe certain memorials with overt symbols of their allegiances and block others on entirely subjective grounds.

Indeed, who are FIFA (as I say, the governing body of football – nothing more, nothing less) to go championing or denigrating specific causes, charities and tributes?

It’s not often you find yourself siding with them, but FIFA ha’ve made a perfectly rational decision in barring the Poppy, regardless of how irrational it may seem on the surface.