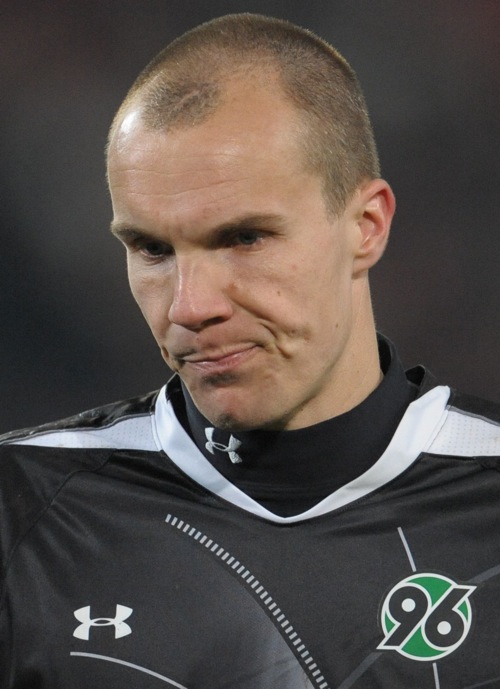 Terrible news from Germany. Robert Enke has killed himself by jumping in front of a train. He was 32.

The body of the Hannover 96 keeper was found on the tracks on the outskirts of Hanover. His agent, Jorg Neblung, confirmed to German media that it was indeed suicide, as the police first suspected. Enke also left behind a suicide note.

According to the Guardian:

“Enke’s car was found near the scene, unlocked, with his wallet on the seat. The two train drivers reported seeing a man on the tracks and applied the brakes while travelling at about 100mph but could not stop in time, police reported.”

Enke’s troubled state of mind has been linked to the tragic death of his daughter Lara. She died in 2006 of a rare heart condition, aged two.

The whole of Germany has been rocked by this news, with national-team coach Oliver Bierhoff saying: “We are all shocked… we are lost for words.”

Devastating news and such a sad story. Our thoughts are with Enke’s family and friends.

(Incidentally, I notice that Goal.com has already published a feature on footballers’ suicides, which you may or may not want to read. In this case, I find the timing rather crass.) 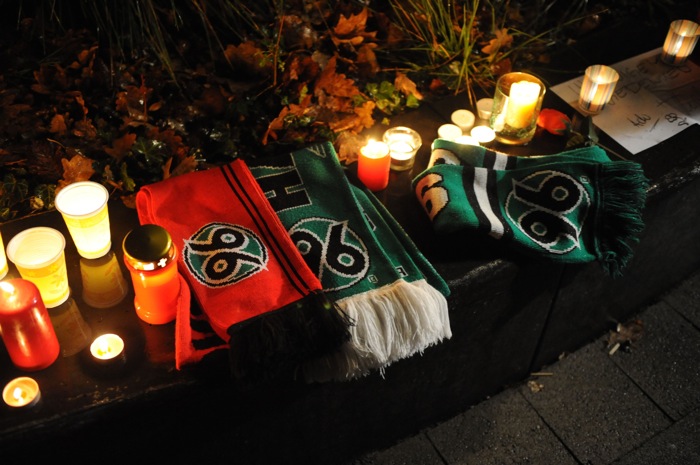