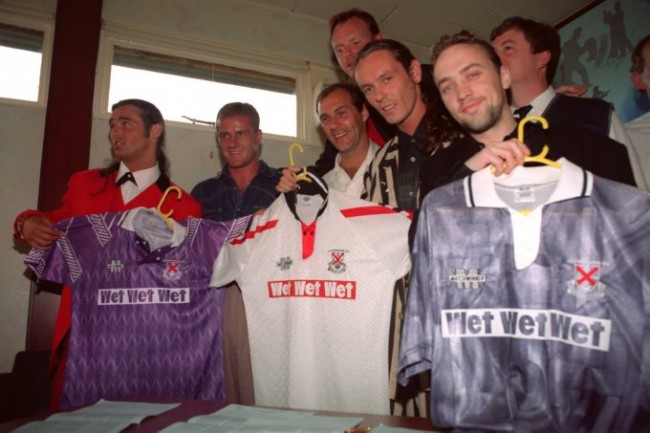 Remember when Marti Pellow and the rest of the chaps from Wet Wet Wet took over as principle sponsors of Clydebank FC back in 1993? Repressed the memory? Let us once again bring it to the fore.

With a fair old wodge of excess cash knocking round after a string of early 90s hits, Wet Wet Wet wanted to invest some of their funds back into their hometown football club and did so by becoming the Bankies’ shirt sponsor – the first ever deal of its kind.

The kits for that season themselves were bad enough, looking very much like they’d been sewn together from off-cuts of white, purple and grey tablecloths, but whacking the name of a bunch of Jock schlock rock cocks (that’s not really fair, ‘Goodnight Girl’ is a great song – and ‘Sweet Surrender’, for that matter. ‘Sweet Little Mystery’ was alright too we guess… and ‘Julia Says’) across the front really capped it all off in style… 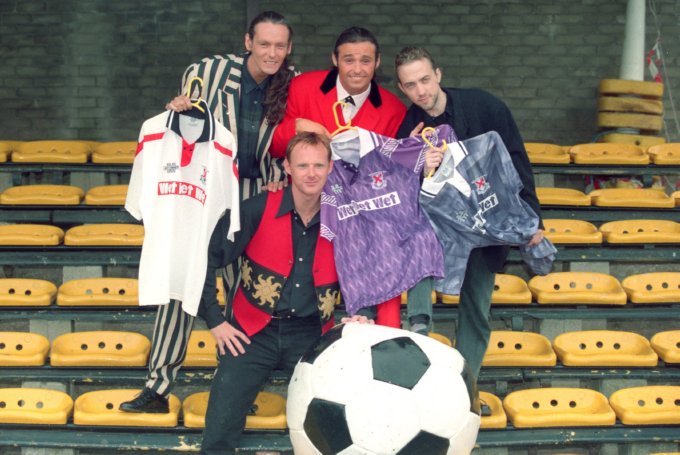 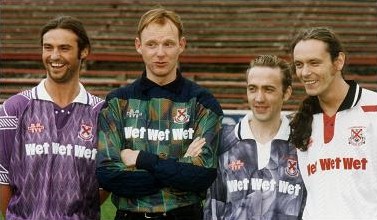 We’d say we don’t know what’s worse: the kit or the stripey suit – but let’s face it, it’s definitely the suit.