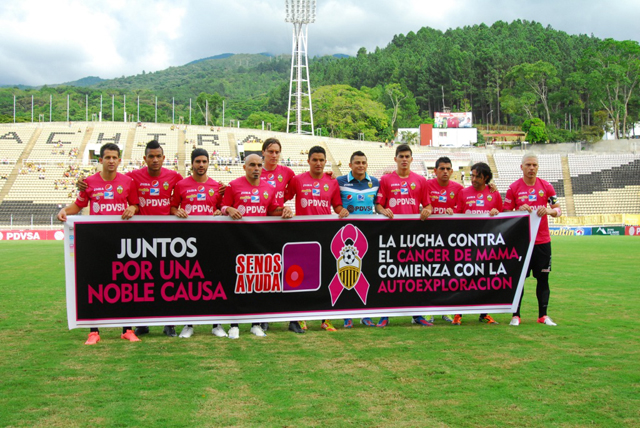 The Venezuelan Premier League match between Deportivo Tachira and Atletico Venezuela had to be abandoned after a mob of angry Depor fans stormed the pitch in protest at their club’s conduct.

Up in arms over their beloved side not turning out in their usual black and yellow stripes, a cluster of fans took to the pitch, holding their shirts aloft and chanting about “defending their colours” (against the clear and present danger of non-profit charity organisations?) while riot police attempted to corral them back into the stands.

After nearly 30 minutes of nonsense, realising that fans would not be backing down any time soon, the referee then made the decision to abandon the match. The VPL are still deliberating whether to award Atletico the victory or re-stage the game on Wednesday night.