Catalonia’s make-believe national side unveiled their new strip for 2013 earlier in the week, with coach Johan Cruyff’s perplexed face summing up our sentiments more eloquently than we ever could… 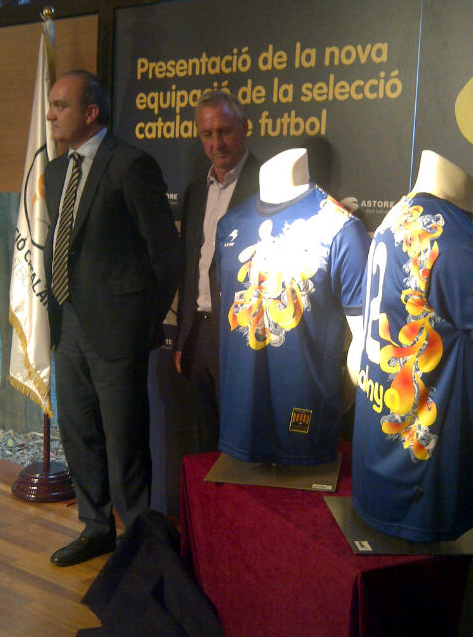 You know when kids lean out the window, only to be sick down the side the car? Yep.

Granted, it ain’t pretty, but Johan should count himself lucky – it still beats Catalonia’s dismal 2002/03 away effort into a cocked hat…

Egads! It looks like a P&O Ferries brochure from the mid 1990s.