This ‘ere be a new regular-ish feature we be dabbling with on Pies, in which we have a look back at some of the football boots which have tugged on our heartstrings down through the years.

First up, it’s the original Nike Tiempo Premier which debuted in 1994… 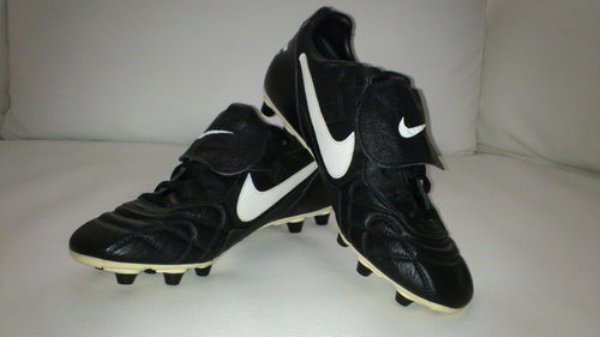 With Nike a non-entity in the football boot market, and rivals Puma, Adidas and Hummel being the boot choice of the majority of international players at the time, a push was needed – and the 1994 World Cup in the USA provided the perfect impetus for Nike to muscle in on the competition.

Ahead of the tournament Nike agreed a raft of sponsorship deals with high-profile names to wear the new Tiempo Premier, Nike’s first football boot, with the majority of players in the final between Italy and Brazil (including Romario and Paolo Maldini) wearing the boot – emblazoned with a clean swoosh down either side and ‘NIKE’ in huge lettering across the heels – in front of a global audience of roughly one trillion people.

The ’94 Final served as a fairly good advert (18.1 million tuned in the US alone) and, due to popular demand, the Tiempos were commercially released a few months later. 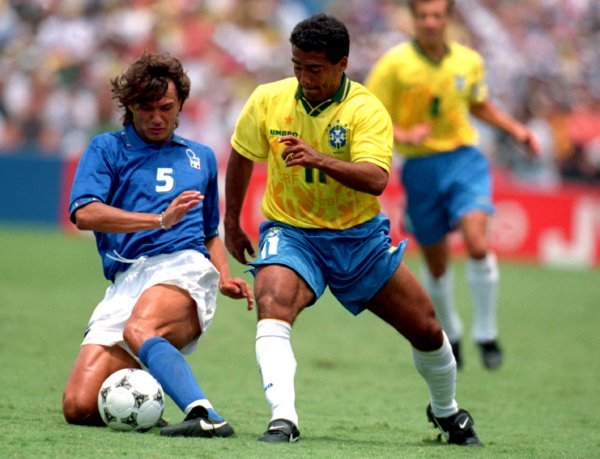 It was a few years on down the line until I got my grubby paws on a pair – my first ‘big brand’ boots – and, though they were the knockdown Tiempos rather than the ‘elite’ line (I was operating on a paper boy’s disposable income at the time), the design had hardly changed; clean and precise in black and white with ‘NIKE’ still written in large lettering across the heel, but with an added flash of blue on the huge fold-over tongue.

They were supremely comfortable, like they had been specially moulded for my feet and what’s more, they were gorgeous. I wore them until they died – and then I wore them some more.

In fact, I loved them so much that I even attempted a D.I.Y patch job to prolong their lifespan; cutting up a bicycle inner tube, making slits for the front four studs to push through and pulling it over the end of the boot in a futile bid to stem the leakage caused where the stitching had completely eroded between the leather and the base.

Of course, my rubbery bodge didn’t even come close to preventing sodden socks but, in many ways, I like to think I inadvertently invented what went on to become the Adidas Predator.

Time to chase up some royalties…

If you have a particular pair of boots you’d like to see featured or even fancy writing about them yourself, give Pies a nudge at waatpies@gmail and we’ll sort something out.