Saint-Etienne striker Pierre-Emerick Aubameyang has a reputation for being a bit of a preening so-and-so, but he still managed to crank his ‘Flash Harry’ levels up another notch on Monday night by swanning around the pitch while warming-up for Les Verts’ game against Lyon in a pair of personalised Nike Mercurials encrusted in Swarovski crystals… 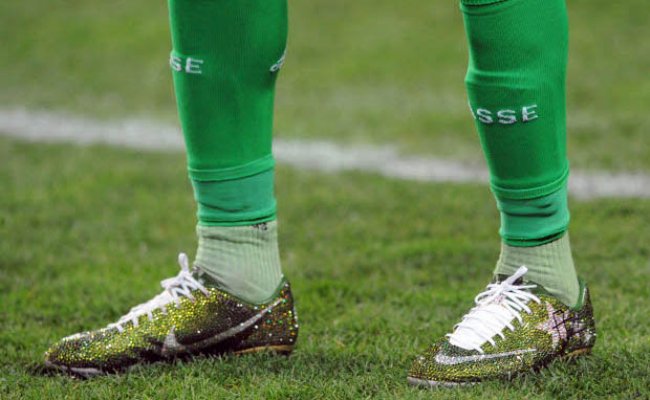 The boots were created by a French design company called Orravan who appear to specialise in rhinestoning items of sporting apparel to hawk to dunderheaded vainglorious footballers, etc – with Aubameyang’s boots estimated to have cost around €3,000.

As yes, you read that right a moment ago. The Gabon striker only wore the boots to warm up in, before switching to a pair of standard issue Mercurials for the game itself… which Saint-Etienne lost 1-0.