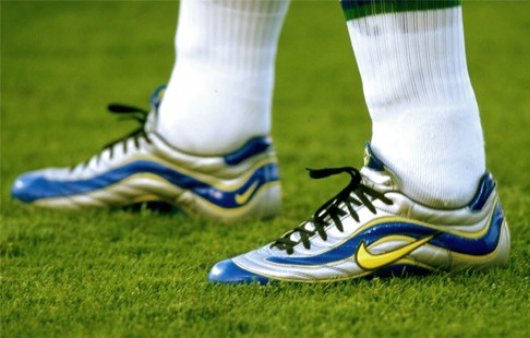 With Ronaldo going into the 1998 World Cup as the biggest footballing draw in the world, it seemed only right that he be plied with a cutting edge new boot to swathe his mercurial feet – that boot being the Nike… err, Mercurial R9.

Several colourways were available but Ronaldo’s signature pair were of the striking silver, blue and yellow persuasion; the blue licks coated in a sticky resin to supposedly help aid ball control – not that the Brazilian demigod needed any assistance in that department.

Nike’s R9s set many-a-precedent in elite football boot design, being the first boots ever to be manufactured from 100% synthetic materials and with the emphasis firmly placed on them being as lightweight as possible.

Since then, as well as being rendered in every colour under the sun (from electric citron, right the way through to bashful mango) almost all top-line boots have followed the R9’s core philosophy; shaving off those crucial grams in the name of speed and agility, gleefully putting fifth metatarsals on the line the world over as a result. 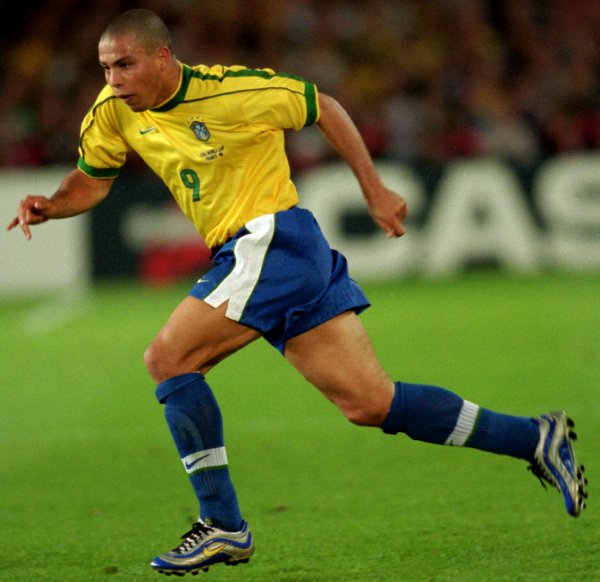