Without wanting to overly persecute the club for their terrible strips of yesteryear after we featured their silken lilac abomination from 1986 a short while ago, today’s Shit Kit nomination once again comes courtesy of Sheffield Wednesday.

To be precise, it’s The Owls’ gruesome goalkeeper kit from 2002/03: a kit so revolting that even Wednesday’s famously “well fed” keeper Kevin Pressman couldn’t stomach it… 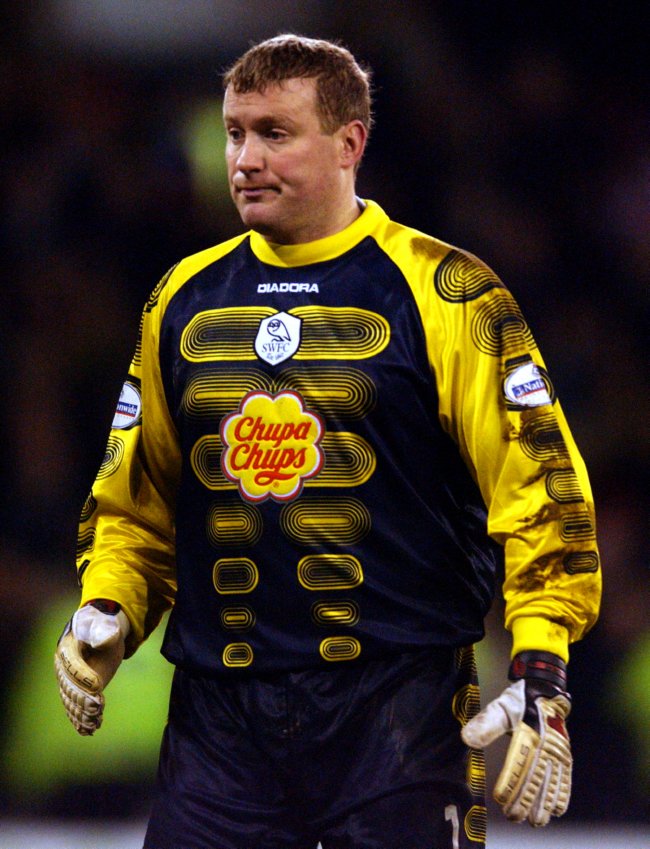 It was so bad, in fact, that it made Leigh Bromby faint… 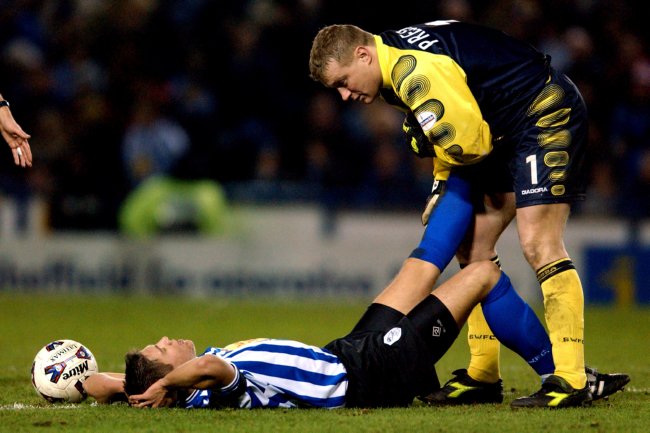 Anyone got the foggiest what the hell’s supposed to be going on there? If it was Diadora’s stab at giving Pressman the effect of visible abdominal muscles, then may we be the first to suggest that they fell somewhat short.