Launched as a “new breed of football boot for a new breed of player”, this is Nike’s weird and wonderful new ‘Hypervenom’ boot: a curious-looking son-of-a-gun, we think you’ll agree… 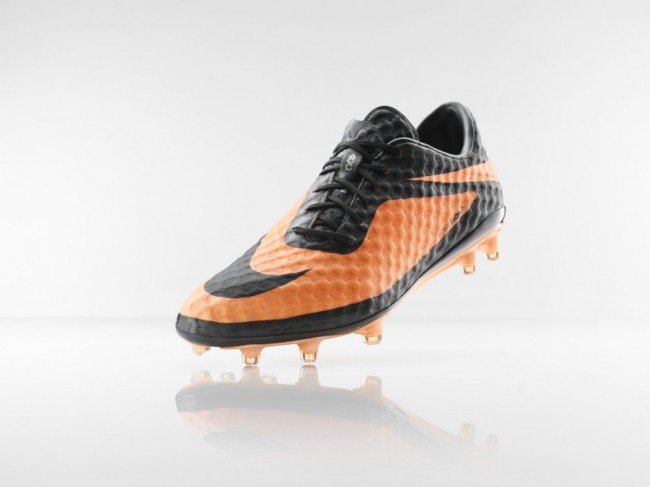 Despite looking like they’re made of 3-ply toilet paper, the bumph assures us that they’re actually made from a revolutionary new material called “Nikeskin”, which “gets as close as possible to the feeling of playing barefoot.”

Is that a good thing?

the boots, which will be worn by the likes of Neymar, Robert Lewandowski, Wayne Rooney and Zlatan Ibrahimovic next season, have apparently been designed with the creation of space in a crowded penalty area in mind, as Nike Football design director Denis Dekovic explains:

“The Nike Hypervenom is a response to the way the game is changing. Players want to be quicker, not just in a foot race, but quicker with the ball at their feet in small spaces.

“They want to create chances from nothing. These faster, more agile defenders need to be combatted and the Hypervenom is designed to do exactly that.”

Here’s Neymar getting his hands on a pair…

Quilted for your comfort.