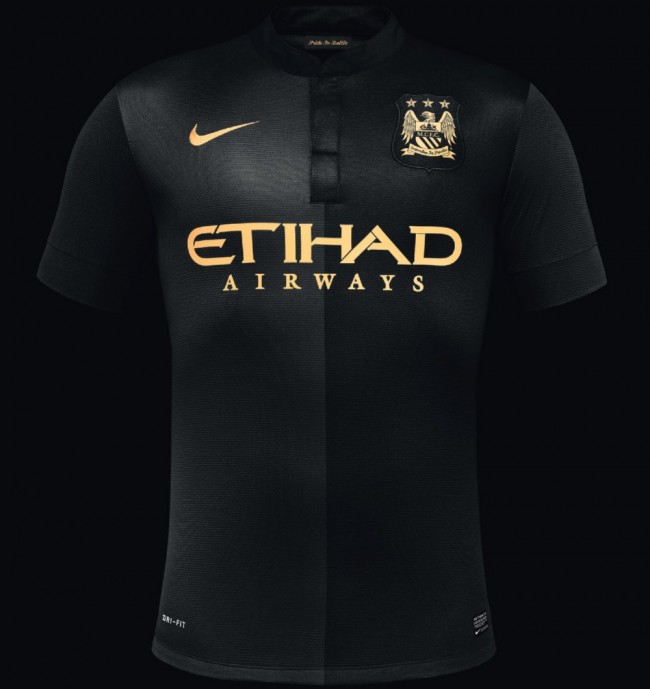 The black(“charcoal” if we’re being specific)-on-black design takes its queue from City’s origins as a football club – specifically the year City were founded as St Mark’s in 1880 before becoming Gorton AFC in 1884, and then Ardwick AFC between 1887 and 1894.

The shirt’s subtle half-and-half design is a graphic tip of the hat to Ardwick’s kit design for the 1890/91 season, while the svelte black colourway is a nod to Gorton’s colours, with the club playing in black in 1884/85.