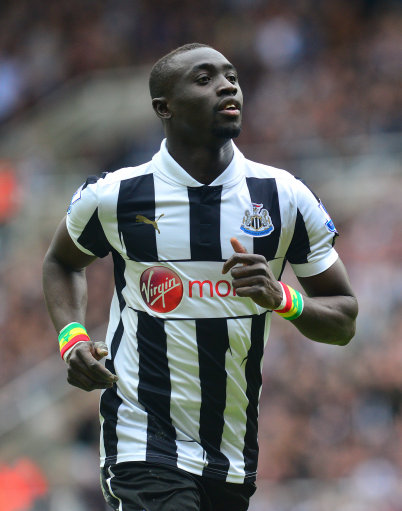 We couldn’t possibly speculate that it was anything to do with the photo of him of frittering away chips at the casino surfacing or not but two days after the image started doing the rounds, Papiss Cisse has backed down and agreed to wear Newcastle’s Wonga-sponsored kit next season.

Newcastle may have also pointed out to Cisse that he seemed perfectly happy to prance about with “Virgin Money” (who incidentally also charge interest on their loans) splashed across his chest last season without worrying that it may impinge on his devout Muslim beliefs – or that he didn’t kick up much of a stink when the club’s shirt sponsorship deal with Wonga was originally announced almost a year ago.

As such, Cisse will begin training with the rest of the Newcastle squad again on Friday morning, having missed out on the club’s pre-season tour of Portugal due to the furore over the new kit.

He has also vowed that he will give 4,212% while wearing the Newcastle shirt from now on.