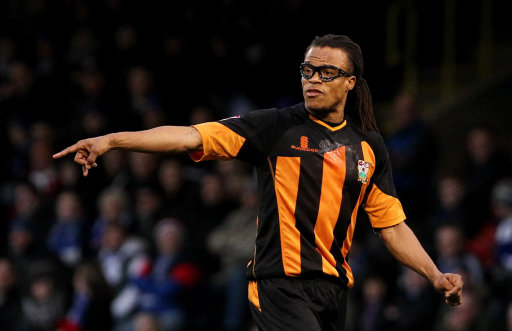 Barnet player-coach Edgar Davids has declared that he will be wearing the “No.1” jersey in midfield for the non-league side next season as he plans to start a trend, having already worn the number throughout the Bees’ pre-season so far.

“That is my number for the season,” Davids told the Barnet Times. “I am going to start this trend.”

Why? Because he’s Edgar f**king Davids, that’s why!

Davids’ hardly ground-breaking new trend has seen Barnet’s first-choice goalkeeper, Graham Stack, bumped down to the No.29 jersey for next term, though he’s not particularly arsed, telling the Times: “Squad numbers mean nothing to me and I’ve had a few over the years. So it is not an issue for me. Edgar Davids has asked to wear number one, he asked me what number I want and I said I didn’t mind.”

So there you go. All’s well that ends stupid.